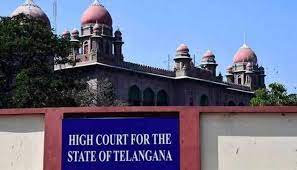 Hyderabad, Nov.4 (PMI): The Telangana High Court on Friday adjourned hearing to November 7 on a BJP petition seeking probe by the Central Bureau of Investigation (CBI) or sitting judge into the alleged attempt to buy four MLAs of the Telangana Rashtra Samithi (TRS).

The court also adjourned the hearing on the petitions of the wife of one of the accused and others.

Justice B. Vijaysen Reddy made it clear that the stay on the investigation in the case will continue till the next hearing.

As the State government has filed an elaborate counter, the counsel for the BJP sought time to go through the same and prepare for arguments. The court agreed to give the time till November 7.

Additional Advocate General Ramachandra Rao requested the court to lift the stay on the investigation, but the court ruled that the stay will continue till next hearing.

The Additional Advocate General also sought the permission to file petition for police custody of the three accused, but the court refused to give the permission.

Journalist Chintapandu Naveen alias Teenmaar Malanna also filed a petition to implead himself in the case. Mallanna’s counsel submitted that Chief Minister K Chandrasekhar Rao had tried to influence the judiciary in the case. (PMI)