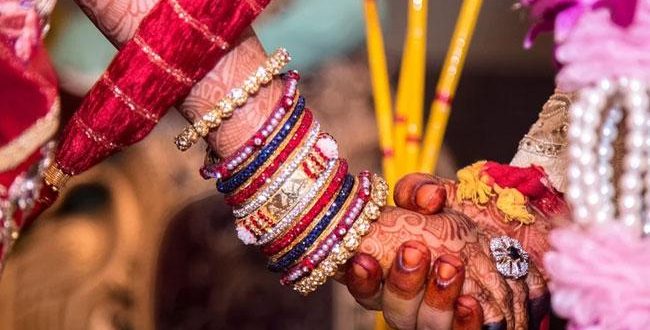 Minor Girl Forcibly Married to an Older an in Telangana, Aanganwadi Workers Come to Rescue

Hyderabad:May 16- A case of child marriage in Telangana’s Ranga Reddy has come to light after the police rescued a minor girl from the forced marriage. As per reports, a 12-year-old girl was forcibly married to a 35-year-old man by her parents.

The child marriage was solemnised in the girl’s village of Velicherla of Kesampet block near Shadnagar three days ago. According to the police, the child-bride and the bridegroom belong to Budaga Jangam community, a Scheduled Caste group and are very poor.The uneducated girl lodged a complaint with the police after the intervention of Anganwadi workers and other villagers in the matter, the police officials said. As per the complaint, the parents took the girl to the house of her cousin (nephew of her mother) saying they were attending a family function and later she was forced to marry the older man. However, the parents of the girl claim that the bridegroom himself had taken her to his home and married her.

The police have booked a case under POSCO act against the groom and later the minor girl was handed over to the Integrated Child Development Scheme (ICDS) authorities. The ICDS official said the girl will be shifted to Sakshi, a women and child welfare home at Vanasthalipuram. “Since it is a child marriage, it will be declared as null and void,” the ICDS official said while adding, “the marriage was not consummated as she returned to her home on the same day.”