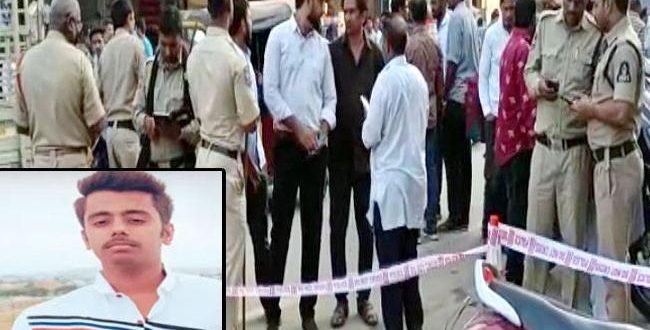 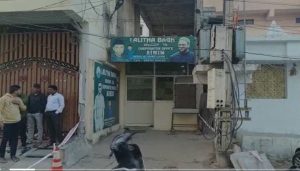 Hyderabad, Dec.19 (PMI): Nephew of city AIMIM Corporator from Lalitha Bagh was allegedly murdered by his rivals. The victim has been identified as Murtuja Anas. He is nephew of the MIM party corporator Azam Sharif. Curiously, the murder took place in the office of the corporator, who was sitting in the office when the incident took place.

According to eye witnesses, some six assailants took part in the attack incident. The police have launched a manhunt to nab the accused. The victim Anas was studying in Intermediate at a college in Banjara Hills. It is learnt that enmity between friends of Anas and differences led to his murder. (PMI)