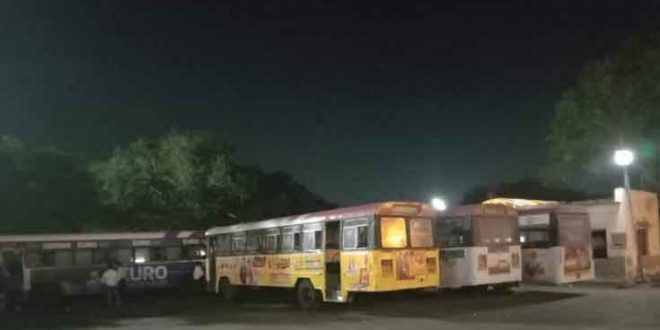 Hyderabad, April 25 (PMI): In the wake of theft of a TSRTC Metro Express Bus (AP11 Z6254) belonging to Kushaiguda Bus Depot from Central Bus Station here on Wednesday, the Transport Minister V Prashanth Reddy took a serious note of criminal negligence of the officials concerned and inadequate security at the bus stations, ordered adequate security arrangements at all the bus stations in the city.

On being informed of the theft of a bus, the minister expressed his displeasure at the negligence of the staff concerned and called for a high-level meeting. The TSRTC officials also lodged a complaint with the police about the disappearance of the Metro Bus. They also alerted all the toll plazas and highway patrol police teams in all the districts to trace the bus.

The Transport Minister also spoke on phone with City Police Commissioner Anjani Kumar to get investigation immediately and trace the missing bus. The minister also ordered the top officials of the TSRTC to enquire about the incident thoroughly and initiate touch action against those responsible for the theft of the bus. (PMI)