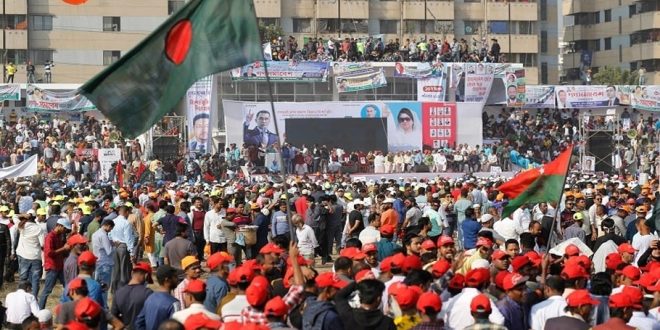 DHAKA: Tens of thousands of supporters of Bangladesh’s main opposition party have gathered in Dhaka to protest against the government led by Prime Minister Sheikh Hasina and demand new elections. 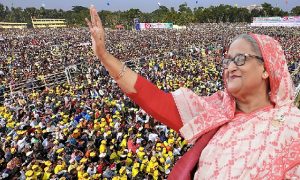 The protesters rallied on Saturday at the Golapbagh sports ground, where the crowd chanted “Sheikh Hasina is a vote thief” amid heightened tensions in the Bangladeshi capital.

The rally comes days after security forces stormed the headquarters of the opposition Bangladesh Nationalist Party (BNP) on Tuesday. At least one person died and dozens of others were injured in the raid.

Anti-government protests have erupted across the country in recent months triggered by power cuts and fuel price hikes. The prime minister has rejected calls to stand down.

A BNP official said that some 200,000 people had joined Saturday’s rally by mid-morning. Dhaka Metropolitan Police spokesman Faruq Ahmed rejected the claim and said the venue could not hold more than 30,000 people.

“Our main demand is Sheikh Hasina resign and parliament is dissolved and let a neutral caretaker government step in to hold a free and fair election,” BNP spokesman Zahiruddin Swapan said.

The protests have been peaceful, but SWAT teams, counterterrorism units and canine squads were on standby, Ahmed said. Police have also set up checkpoints on roads to the city and increased security there. 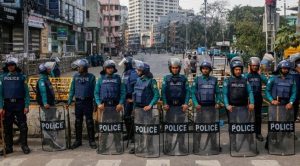 BNP officials accused the government of triggering an unofficial transport strike to try to prevent people from joining the rally.

The rally comes a day after two BNP leaders were arrested on allegations of inciting violence. More than 2,000 activists and supporters of the opposition party have been detained since November 30 to prevent them from attending the protest.

Independent observers have reported that the past two general elections were rigged by Hasina’s government, forcing losses by the BNP.

On Tuesday, 15 Western embassies issued a joint statement, calling for Bangladesh to allow free expression, peaceful assembly and fair elections. The UN made a similar declaration a day later. 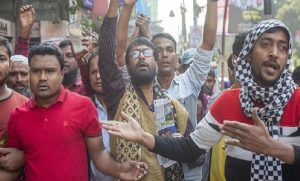 the sanctity of human life and sends a chilling message that those who dare to exercise their human rights will face dire consequences”.

Earlier two senior leaders from Bangladesh’s main opposition party have been arrested by police, a day before a planned rally to call for Prime Minister Sheikh Hasina’s resignation over soaring fuel prices and the rising cost of living.

Mirza Fakhrul Islam Alamgir, the general secretary of the Bangladesh Nationalist Party (BNP), and Mirza Abbas, a former minister and member of the party’s top decision-making body, were taken from their homes at about 3am on Friday (19:00 GMT Thursday), Zahiruddin Swapan, head of the BNP’s media wing, told reporters.

“They were plainclothes policemen. Alamgir knew their identity. They told him he was being taken away on the order of the high command,” Swapan said, adding the party did not know where the two had been taken. (Int’l Monitoring Desk)