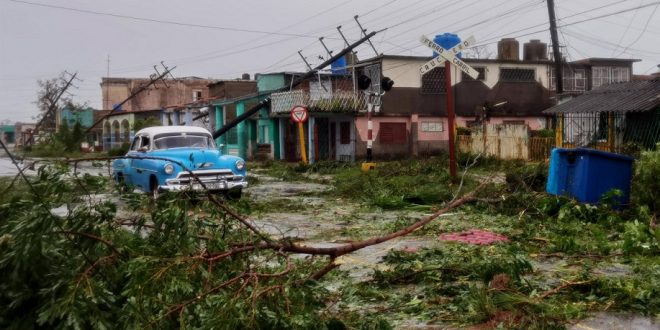 FLORIDA: Hurricane Ian, one of the most powerful storms ever recorded in the United States, has swept into southwest Florida, flooding streets and buildings, knocking out power to more than one million people, and threatening catastrophic damage further inland. 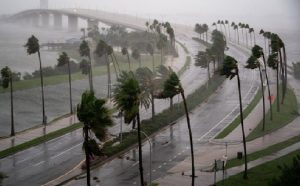 The “extremely dangerous” Category 4 storm made landfall shortly after 3pm local time (19:00 GMT) on Wednesday near Cayo Costa, the US National Hurricane Center (NHC) said, bringing sustained winds of about 240 kilometres per hour (150 miles per hour).

The storm’s wind speeds put it just shy of a Category 5 designation on the Saffir-Simpson scale, the most severe classification for storms, although the NHC said Ian was expected to weaken slightly after coming ashore.

Cayo Costa is a protected barrier island just west of Fort Myers, and officials warned of the dangers to the heavily-populated Gulf Coast with the Naples to Sarasota region at “highest risk” of a devastating storm surge from the strong winds and torrential rain.

Mark Pritchett stepped outside his home in Venice at about the time the hurricane came ashore from the Gulf of Mexico, about 56km (35 miles) to the south. He called it “terrifying.”

“I literally couldn’t stand against the wind,” Pritchett wrote in a text message to the Associated Press news agency. “Rain shooting like needles. My street is a river. Limbs and trees down. And the worst is yet to come.” 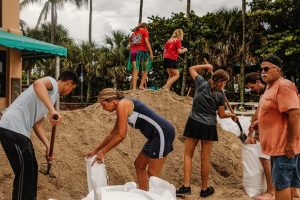 Mandatory evacuation orders had been issued in a dozen coastal Florida counties, with voluntary evacuations recommended in several others, according to the state’s emergency officials.

More than 1.1 million Florida homes and businesses were without electricity.

The US Border Patrol said 20 migrants were missing after their boat sank, with four Cubans swimming to shore in the Florida Keys islands and three rescued at sea by the coast guard.

The storm previously tore into Cuba, killing at least two people and causing the country’s power grid to collapse.

“This is going to be a nasty nasty day, two days,” Florida Governor Ron DeSantis warned earlier in the day, stressing that people in Ian’s path along the coast should rush to the safest possible shelter and stay there.

Although Ian is expected to weaken to a tropical storm as it moves inland at about 14km/h (9mph), its hurricane-force winds were likely to be felt well into central Florida. 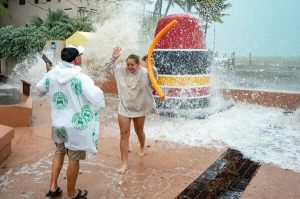 Hours after landfall, top sustained winds had eased to 210km/h (130mph), but there were warnings of storm surges as high as 2 metres (6 feet) on the opposite side of the state, in northeast Florida.

Off the coast, on Sanibel Island near Fort Myers, swirling water flooded streets. Seawater surged out of Tampa Bay, leaving parts of the muddy bottom exposed, and waves crashed over the end of a wooden pier at Naples.

In Florida, 60 school districts had cancelled classes due to the hurricane, DeSantis said. More than 175 evacuation centres were opened statewide, the governor said, many of them school buildings converted to shelters.

Commercial airlines reported more than 2,000 storm-related US flight cancellations, with airports in Tampa, St Petersburg and Key West closed. Disney World theme parks and SeaWorld in Orlando all closed ahead of the storm. (Int’l Monitoring Desk)