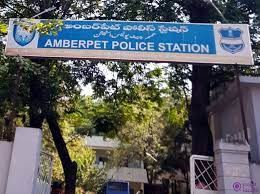 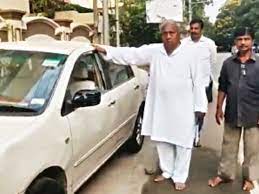 Hyderabad: The Amberpet police took into custody a youngster for allegedly pelting stones at the house of Congress leader V Hanumantha Rao and damaging a car.

The man identified as Siddharth Singh, stays in the house adjacent to the senior Congress leader’s residence. In wee hours of Thursday, he came out of his house and first pelted a stone, later he went back and returned with a stick and damaged the car.

On information the Amberpet police arrived at the spot and after identifying the suspect took him into custody. The police are questioning him