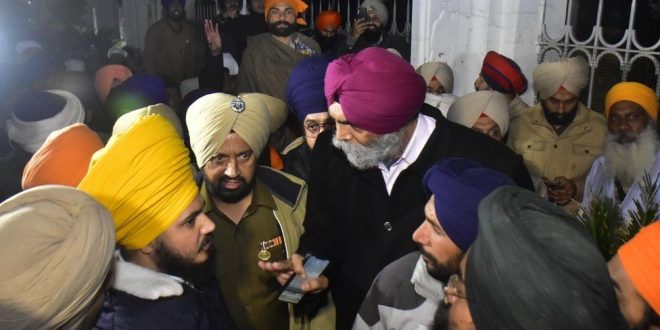 AMRITSAR/ NEW DELHI: Police in the Indian city of Amritsar say a man suspected of trying to commit a sacrilegious act at Sikhism’s holiest shrine has been beaten to death. 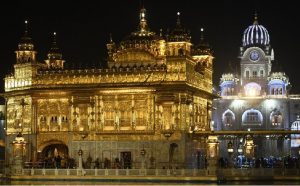 The incident took place during a prayer service at the city’s Golden Temple on Saturday, according to local media.

The man allegedly barged into the inner sanctum, where Sikhism’s holy book, the Guru Granth Sahib, is kept.

He then tried to touch a ceremonial sword placed next to the book, but was overpowered by guards and worshippers.

The scuffle took place at around 17:45 local time (11:45 GMT), and was captured on camera as evening prayers were being broadcast on television.

It is unclear exactly what happened next. Police said the man was found dead once officers arrived at the scene, and an investigation is under way.

In a tweet, Punjab Chief Minister Charanjit Singh Channi said he had ordered police to “zero in” on the “underlying motive and real conspirators behind this dastardly act”. 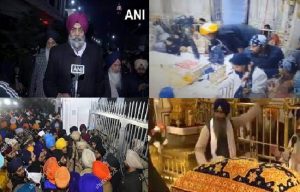 The incident comes only days after another man was apprehended for allegedly throwing a small Sikh holy book, the Gutka Sahib, into a man-made pool surrounding the temple.

The desecration of Sikh temples is a highly emotive issue among the Sikh community. It is also a major political issue in Punjab, where legislative elections are being held next year.

Mr Channi and his Congress party have been accused by political opponents of not doing enough to safeguard holy sites in the region.

Speaking with local outlet NDTV, he said it was a deliberate attempt “to weaken Punjab which is the sword arm of India”.

“Some people have made it a political game over the last five years,” he added.