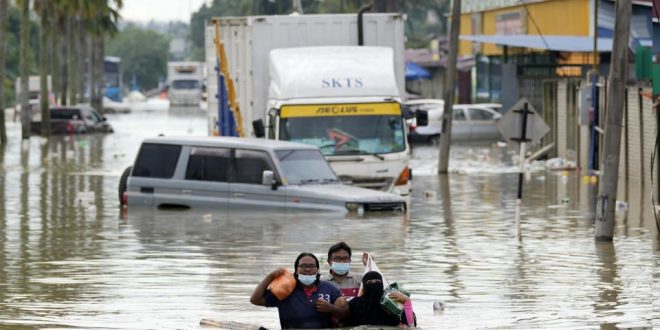 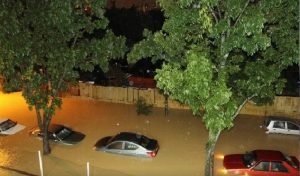 More than 66,000 police, army and fire department personnel were mobilized to help pluck people from vehicles marooned in floodwaters or from inundated streets outside their homes.

State news agency Bernama reported that a total of 21,000 people had been evacuated nationwide to relief centres.

As rescue operations continued, Prime Minister Ismail Sabri Yaakob earlier told reporters in Selangor, Malaysia’s wealthiest and most populous state and one of the hardest hit, that 15,000 people there had been evacuated to more than 100 relief centres.

He said rainfall over the past day was equivalent to the total for a month in normal conditions.

After reading pleas on Twitter from those trapped by floodwaters, rescue volunteer Mohamad Adib 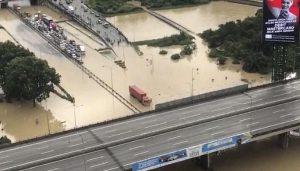 Hariz Fadzilah rushed to a camping supplies store to buy kayaks and life jackets while also sending out requests for help via social media.

“I learned that some of the (emergency services) people were also buying supplies from here. It was shocking to me that they too didn’t have enough equipment,” he said.

Mohamad Adib then headed with other volunteers to the Selangor city of Shah Alam to help rescue trapped residents but said government assistance was slow to arrive.

Rohkidah Yusof, 60, was delivering food to a customer in Shah Alam with two children and two grandchildren in tow when rising floodwaters cut off their route home on Saturday.

“I’ve never experienced floods this bad. I want to go home but I’m not sure how we are going to get 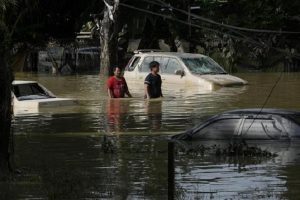 Another Selangor resident, Mohammad Shahrul Azmir Selamat, said his Hulu Langat neighborhood was spared flooding as it stood on higher ground but access roads were inundated.

“For the time being (supplies are) still okay, 10 trucks have arrived. Floods have receded in some areas and the victims already went home,” he told Reuters via text message.