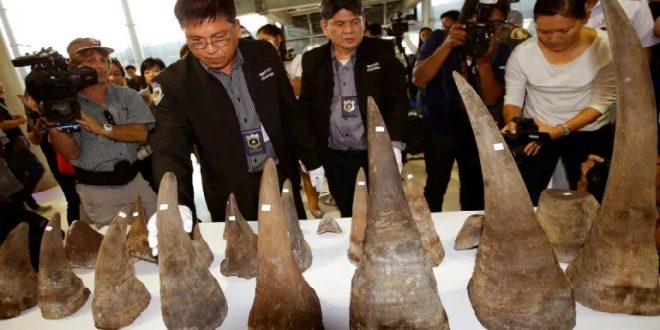 Malaysian extradited to US for rhinoceros horn smuggling

KUALA LUMPUR/ WASHINGTON: An alleged Malaysian wildlife trafficker has been extradited to the United States on charges of participating in a conspiracy to traffic more than 70kg (154lbs) of rhinoceros horns valued at more than $725,000, the US Department of Justice has said. 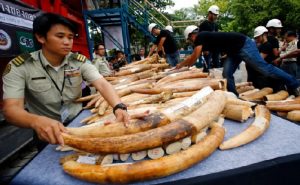 The suspect, Malaysian national Teo Boon Ching, 57, was arrested in Thailand in June and extradited to the US on Friday where he will now stand trial, the US Attorney’s Office for the Southern District of New York said in a statement.

The Department of Justice alleged that Teo had specialized in the smuggling of rhino horns from poaching operations in Africa to customers primarily in Asia, though he had also claimed to be able to ship rhinoceros horns to the US.

In the US, he faces one count of conspiracy to commit wildlife trafficking and two counts of money laundering.

The money laundering charges carry a maximum sentence of 20 years in prison and the trafficking conspiracy charge carries a maximum of five years’ imprisonment, the Justice Department said in a statement.

It was not immediately clear if Teo was represented by a lawyer who could comment on his behalf.

The US Treasury Department had earlier on Friday announced sanctions on Teo, his alleged transnational criminal organization, and a Malaysian firm for alleged “cruel trafficking” and trading in the “products of brutal poaching”. 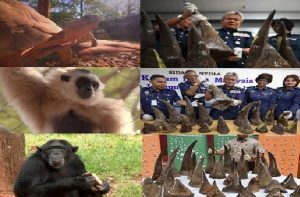 Treasury Department undersecretary for terrorism and financial Intelligence Brian Nelson said the US viewed wildlife trafficking as a threat to conservation and “global security”.

“Teo Boon Ching specializes in the transportation of rhino horn, ivory, and pangolins from Africa, generally utilizing routes through Malaysia and Laos and onward to consumers in Vietnam and China,” the Treasury Department alleged in a statement.

“Although Teo Boon Ching has been publicly linked to the illicit wildlife trade for years, he has evaded justice and continued to operate his illicit transportation enterprise,” the department added.

The sanctions announced by the department deny Teo and others access to any property or financial assets held in the US and also prevent US firms and citizens from doing business with them.

Southeast Asia is a key source and also a primary market for endangered wildlife.

Authorities in Singapore seized their largest ever shipment of smuggled rhino horn this week, valued at some $830,000. 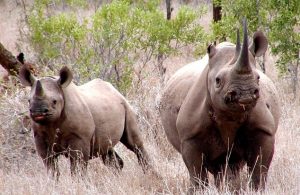 Singapore’s National Parks Board said 20 pieces of horn weighing a total of 34kg (75lbs) were discovered on Tuesday in two bags at Singapore Changi Airport.

The contraband was detected by sniffer dogs and belonged to a passenger travelling from South Africa to Laos.

Rhinos are protected under the Convention on International Trade in Endangered Species of Wild Fauna and Flora (CITES) and international trade in their horns is banned.

Rhino horns are considered status symbols and are believed to have medicinal properties in parts of Asia.

The Switzerland-based International Union for Conservation of Nature (IUCN) said in August that more than 2,700 rhinos were poached in Africa between 2018 and 2021, of which 90 percent were killed in South Africa, mainly in the Kruger National Park.