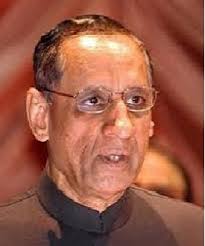 Hyderabad, Dec.20 (PMI): Governor E.S.L. Narasimhan has said the Greater Hyderabad Municipal Corporation (GHMC) should make installation of solar plants and generation of non-conventional energy mandatory for permission to multi-storied residential and commercial complexes in the city. He said costs of solar panels have come down now and became less expensive and over a period of time the costs get covered.

Speaking at the presentation of Telangana State Energy Conservation Awards-2018 function organized by the Telangana State Renewable Energy Development Corporation at Visweswaraiah Bhavan here today, the  Governor said GHMC should pioneer this effort to be followed up by other Metropolitan cities later on and Municipal authorities should ensure that at least part of the multi-storied complex are covered by solar energy, otherwise clearances should not be given. The Governor said even the existing high rise complexes should be told to install solar power plants.

The Governor said drastic measures are necessary to ensure this as power saved can then be utilised for development purpose. He said even farmers should be persuaded to go for smaller solar energy driven motor pumps. He said the Raj Bhavan was one of the first institutions in Telangana, which instituted solar energy and today Raj Bhavan is cent per cent on solar energy. He said start the initiative so that it stands as a model for others to replicate.

The Governor said it was high time to switch over to solar energy as thermal energy and hydel energy are not going to last forever. He said purchasing power is very expensive and money saved due to generation of solar power can be utilized for other development purposes. He also said power charges should also be collected on a regular basis. He said Telangana is one of the most forward looking States in terms of renewal of energy and it should be improved further and make the State completely solar-powered.

The Governor also presented awards to institutions under various categories for conservation of energy and adoption of renewable energy. Raj Bhavan has been given the award for implementation of energy conservation and energy efficiency programs under ‘Government Buildings’ category.