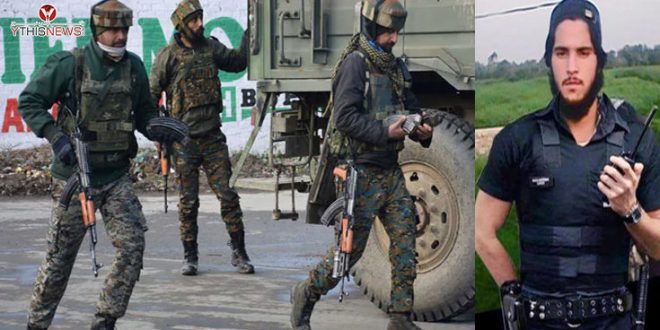 Srinagar: A Pakistani JeM terrorist who plotted the suicide bombing on a CRPF convoy and an Indian Army Major were among seven people killed in fighting between militants and security forces in Jammu and Kashmir’s Pulwama district, police said on Monday.

The Pakistani terrorist was identified as Kamran, a JeM commander who reportedly masterminded the February 14 attack on the CRPF which left 49 troopers dead in the worst loss suffered by security forces at one go since militancy erupted in the state in 1989.

A Major and three soldiers besides a civilian were also killed in the fighting which erupted overnight Sunday barely 10 km from the spot where the suicide bombing took place on the Central Reserve Police Force (CRPF).

Another Major and two soldiers were injured in fresh firing by militants when the security forces were searching the area after killing the two JeM militants.

They were rushed to the Army’s 92 Base Hospital in Srinagar.

Defence Ministry spokesman Colonel Rajesh Kalia said: “One of the two slain JeM (Jaish-e-Mohammed) terrorists was a top commander and belonged to Pakistan.” The civilian who died was identified as Mushtaq Ahmad.

The gunfight started after security forces, including the Rashtriya Rifles, Special Operations Group of the state police and the CRPF, surrounded Pinglena village following a tip that JeM militants were hiding there.

“As the cordon was tightened, the holed-up militants fired, triggering the gunfight,” Col Kalia added.

In the initial burst of gunfire, four soldiers and a civilian sustained critical gunshot injuries and died in a hospital.

The bodies of the two terrorists had been retrieved from the site.

As the fighting raged, civilians poured out of their homes in nearby areas and pelted stones at the security personnel in a bid to help the militants escape.

The security forces fired tear gas to disperse the crowds.

“Citizens are requested not to venture inside the encounter zone since it is a prohibited zone and can prove dangerous due to stray explosive materials,” an official said.

“People are requested to cooperate with police till the area is completely sanitized and cleared of all the explosive materials if any.