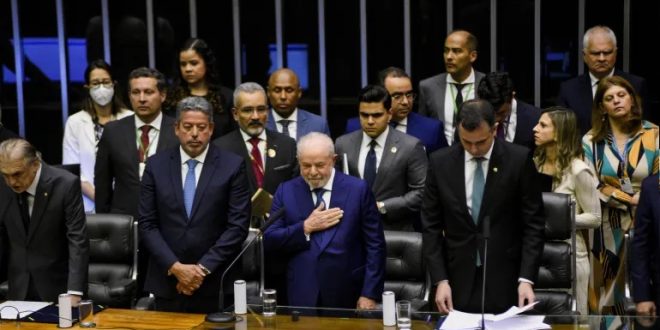 Lula sworn in as President of divided Brazil

BRASILIA: Leftist leader Luiz Inacio “Lula” da Silva has pledged to “rebuild” Brazil “with the people” as he was sworn in as the new president of the fiercely polarized country for a historic third term. 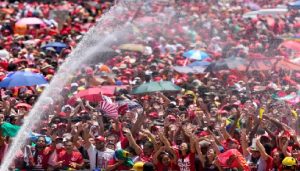 The inauguration ceremony in Congress began at 3pm (18:00 GMT) on Sunday under tightened security after alleged threats of violence by supporters of his far-right predecessor, Jair Bolsonaro.

“Our message to Brazil is one of hope and reconstruction,” Lula said in a speech before the Chamber of Deputies, the lower house of Congress, after signing the document that formally instated him as president.

“The great edifice of rights, sovereignty and development that this nation built has been systematically demolished in recent years. And to re-erect this edifice, we are going to direct all our efforts.”

The veteran leader also promised to fight to improve life for poor Brazilians, work towards racial and gender equality, and achieve zero deforestation in the Amazon rainforest.

“The mandate we received, in the face of opponents inspired by fascism, will be defended through our democratic constitution. We will respond to hate with love, to lies with the truth, to terrorism and violence with the law.”

Lula also delivered a veiled threat to Bolsonaro, who faces mounting legal risks for his anti-democratic rhetoric and his handling of the COVID-19 pandemic now that he no longer has presidential immunity. 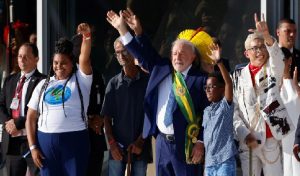 “We do not carry any spirit of revenge against those who tried to subjugate the nation to their personal and ideological designs, but we will guarantee the rule of law,” Lula said, without mentioning his predecessor by name. “Those who erred will answer for their errors.”

He also accused Bolsonaro’s administration of committing “genocide” by failing to respond properly to the COVID-19 emergency that killed more than 680,000 Brazilians.

“The responsibilities for this genocide must be investigated and must not go unpunished,” he said.

‘Comeback for the ages’

The swearing-in began with a minute of silence for Brazilian football legend Pele and former Pope Benedict XVI, who both died in recent days.

Tens of thousands of red-clad supporters cheered loudly as Lula’s motorcade slowly rolled down Brasilia’s Esplanade of Ministries, escorted by dozens of bodyguards.

Foreign dignitaries, including 19 heads of state, were in attendance as Lula took the oath of office for a new four-year term. Among them were the king of Spain and the presidents of Germany, Portugal, and a raft of Latin American countries. 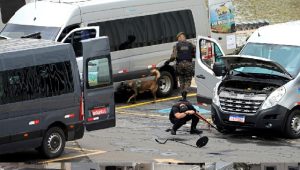 Lula, 77, narrowly defeated Bolsonaro in October to win an unprecedented third presidential term after a hiatus that saw him spend a year and a half behind bars on corruption convictions that were later overturned.

In his previous years as the president of the Workers’ Party (PT) from 2003 to 2010, the former union leader lifted millions of Brazilians out of poverty during a commodity boom that buoyed the economy.

“It is a comeback for the ages and Lula’s political projector has been a trajectory of improbable accomplishments,” Gustavo Ribeiro, founder of The Brazilian Report, told media.

“He was a poverty migrant, worked as a shoe shiner, worked on a factory floor then rose to union leader. He lost three presidential races before he won two terms,” he said.

Now, Lula faces the daunting challenge of improving Brazil’s stagnant economy while also bringing together a country that has become painfully polarized under Bolsonaro.

“It is a much divided nation that Lula will inherit, and one of his many challenges will be to unite the country once more,” said Al Jazeera’s Monica Yanakiew, reporting from a sit-in where Bolsonaro supporters have been camping out for more than two months. (Int’l Monitoring Desk)