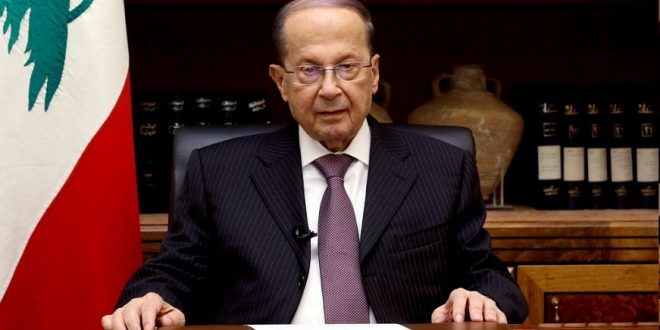 BEIRUT: Lebanon’s President Michel Aoun has vacated the presidential palace with no successor in line to replace him as the divided country struggles to recover from a years-long financial crisis. 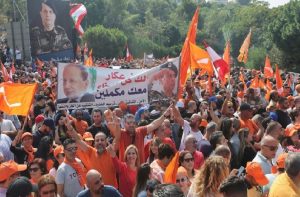 Addressing his supporters outside the Baabda presidential palace in Beirut on Sunday, the 89-year-old Christian leader, who took office in 2016, said the Middle East country was entering a new “chapter which requires huge efforts”.

“Without these efforts, we cannot put an end to our suffering. We cannot bring our country back on its feet. We cannot salvage Lebanon out of this deep pit,” he said in front of cheering supporters, leaving a day earlier than when his mandate ends.

Lebanon’s parliament has so far been unable to agree on who would take over the role which has the power to sign bills into law, appoint new prime ministers and greenlight government formations before they are voted on by parliament.

Lebanon has been governed by a caretaker cabinet as the prime minister-designate, Najib Mikati, has been trying for six months to form a government. 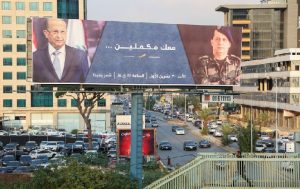 “Supporters of Michel Aoun say he was an unlucky president. His rivals … say he had failed and was a big disappointment,” Hashem added.

“The era of Michel Aoun that will end on Monday will always be remembered for the blast at Beirut port in 2020 … and also the financial crisis and the protests that started in 2019. These are the main aspects of his legacy.”

The 2019 financial meltdown pushed more than 80 percent of the population into poverty and prompted the most widespread anti-government protests in recent history.

Aoun is a deeply divisive figure, adored by many Christians who viewed him as their defender in Lebanon’s sectarian system but accused by critics of enabling corruption and helping the Shia armed group Hezbollah gain influence.

He secured the presidency in 2016, endorsed by both Hezbollah and rival Maronite Christian politician Samir Geagea in a deal that brought then-leading Sunni politician Saad al-Hariri back as prime minister. 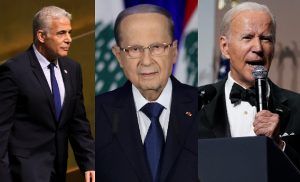 In his final week in the palace, he signed onto a US-mediated deal delineating Lebanon’s southern maritime border with Israel.

The son of a farmer from a Beirut suburb, Aoun’s path to the presidency began in the 1975-90 civil war, during which he served as commander of Lebanon’s army and head of one of the two rival governments.

He returned to Beirut after 15 years in exile, after Syrian forces withdrew under international pressure following the 2005 assassination of former Prime Minister Rafik al-Hariri.

In 2006, his Free Patriotic Movement party formed an alliance with Hezbollah, which lent important Christian backing to the armed group. In his interview with the Reuters news agency, Aoun credited Hezbollah for its “useful” role in acting as a “deterrent” against any Israeli attacks during the maritime border talks. (Int’l News Desk)