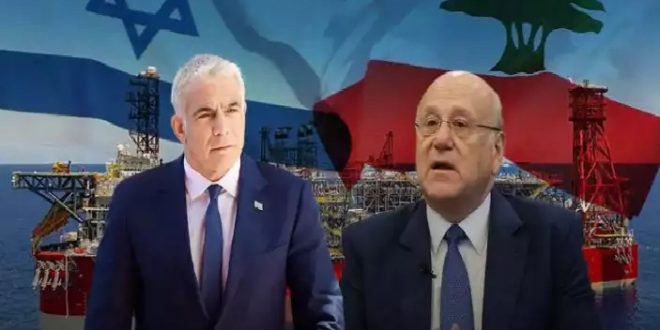 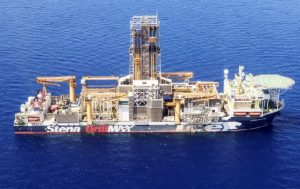 While limited in scope, a deal would mark a significant compromise between states with a history of war and hostility, opening the way for offshore energy exploration and easing a source of recent tensions.

“This is a historic achievement that will strengthen Israel’s security, inject billions into Israel’s economy, and ensure the stability of our northern border,” Lapid said in a statement.

In Lebanon, President Michel Aoun said the terms of the final US proposal were satisfactory and he hoped the deal would be announced as soon as possible.

The agreement is meant to resolve a territorial dispute in the eastern Mediterranean sea in an area where Lebanon aims to explore for natural gas. Israel is already producing natural gas at fields nearby.

It sets a border between Lebanese and Israeli waters for the first time and also establishes a mechanism for both countries to get royalties from an offshore gas field that straddles the boundary.

The deal does not touch on their shared land border.

Lebanese negotiator Elias Bou Saab told Reuters that the latest draft “takes into consideration all of Lebanon’s requirements and we believe that the other side should feel the same.” 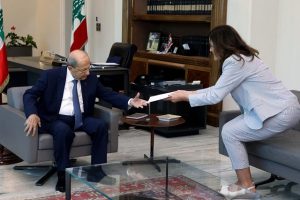 It was also endorsed by the heavily armed, Iran-backed Lebanese group Hezbollah, which until recently has threatened to attack Israeli gas facilities, according to two officials.

A senior Lebanese government official and an official close to Hezbollah said the group had agreed to the terms of the deal and considered negotiations “over.” Hezbollah has yet to formally comment.

While Israel has moved ahead with production and export of natural gas, Lebanon’s efforts have been hamstrung by political dysfunction.

A gas find would be a major boon for Lebanon, which has been mired in financial crisis since 2019, and could fix Lebanon’s long-standing failure to produce adequate electricity for its population.

Lapid, who faces a Nov. 1 election, plans to seek approval on Wednesday for the deal from his security cabinet and then the government, before it is reviewed by parliament. An Israeli official said final approval was expected within the next three weeks.

“An agreement between Israel and Lebanon will mark a fundamental positive change in relations between the two countries … and it may open the door to further changes in the future relationship between them,” it said in a report. 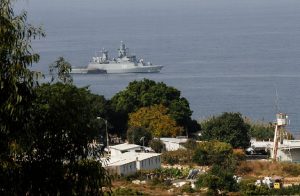 Lebanon had previously had a number of concerns about the border. The first related to a borderline marked by buoys that was created by Israel as its forces withdrew from Lebanon in 2000. Beirut asked for language in the draft to be changed to avoid this becoming an international maritime border.

Secondly, Lebanon objected to the Qana gas field in a southern Lebanese exploration block extending into Israeli waters. The field is yet to be explored. And while Lebanon refuses to pay any profits from its share of that field to Israel, Israel says it may fall under its exclusive economic zone.

Finally, the Lebanese government wanted French oil giant Total-Energies to work with it independently of any projects with Israel. (Int’l News Desk)