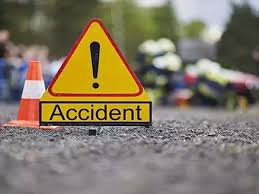 Hyderabad, Jan.18 (PMI): An advocate was killed on the spot and his daughter was injured after the bike they were riding on, was hit by another vehicle at Narayanguda here on Friday.

The deceased was identified as Praveer, a lawyer from Sultan Bazaar, who was on his way to drop his daughter to college when the mishap occurred. Eye-witnesses said whey they reached the Hyderabad Water Works area at Narayanguda, their bike was hit by an unidentified vehicle. Both fell off the bike. While Praveer suffered grievous injuries and died on the spot, his daughter suffered a fracture on her hand. (PMI)