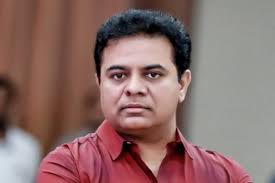 Hyderabad, May 24 (PMI):  Minister for IT and Industries KT Rama Rao met Andhra Pradesh Chief Minister YS Jagan Mohan Reddy on the sidelines of the annual meeting of the World Economic Forum (WEF) at Davos on Tuesday.

Both the leaders from the Telugu States were in Davos, Switzerland to attend the WEF, which began on Sunday, May 22. KTR posted a photograph of the two of them together and wrote, “Had a great meeting with my brother AP CM @ysjagan Garu”. (PMI)