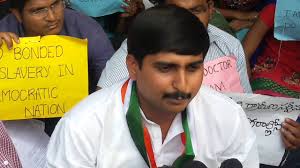 Konagala Mahesh hits out at BJP 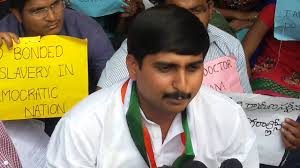 Hyderabad : TPCC official spokesperson Konagala Mahesh has alleged that the BJP was a Telangana betrayer. He said the BJP did injustice to the Telangana State in reshuffle of Central Cabinet. The BJP insulted the Telangana people by denying Cabinet berth to the persons from Telangana State.

Speaking to the media here on Sunday, Mahesh said Telugu States got adequate recognition during the UPA government and the UPA had given 12 Ministerial berths to United Andhra Pradesh State. Telangana MPs got three Minister posts then, he said. He also alleged that the BJP proved once again it is a North India party. He said the BJP neglected Southern States completely.

He alleged that the BJP government failed to implement the assurances like High Court division, Rail Coach Factory, national status to irrigation projects given in the AP Reorganization Act. He warned the BJP that the Telangana people would teach it a fitting lesson in the 2019 elections for insulting Telangana.