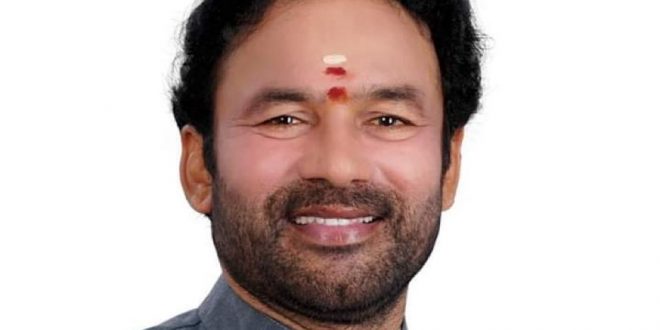 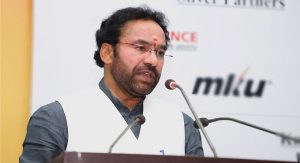 Hyderabad, Dec.19 (PMI): Union Minister for Tourism and Culture G. Kishan Reddy today came down heavily on Chief Minister of the state K Chandrasekhar Rao and alleged that the CM was carrying out false and poisonous campaign against the central government.

Speaking to media persons at the state BJP office in the city, he said that it was not proper for the CM to talk in a way that would lead to violence and clashes . Stating that the time has come to show the night of Telangana people, he called upon the youth of the state to show their power against CM KCR’s family. He also asked them to chase the ruling TRS party leaders , who are misleading the farmers of the state. He alleged that KCR was speaking in a way that would lead to communal riots in Telangana. He claimed that there were violence provoking incidents in the BJP rule and added that all sections of the society were happy in their rule.

He said that KCR had kept MIM leaders Asaduddin Owaisi  and Akbaruddin Owaisi on his right and left sides. He made it clear that were not in a position to learn moral lessons from KCR. He said that it was not proper for the CM to make comments on the restoration of Kashi city. He wondered if the BJP should not do yagnas when KCR did the same yagnas . He alleged that the CM was cheating the farmers by threatening them. He claimed that the CM had not taken part in dharnas during separate Telangana agitation and  claimed that the CM was now holding dharnas only to divert the attention of the people of the state from the recent by-elections defeat in Huzurabad Assembly constituency. (PMI)