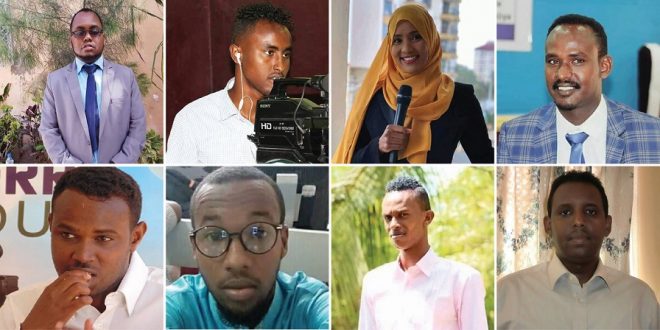 MOGADISHU: Somalia can lay claim through no choice of its own people to being the most dangerous country for journalists in Africa. Data collected by the International Federation of Journalists (IFJ) and the testimonies of local journalists demonstrate that media rights are flagrantly violated on a daily basis. Threats and violent actions intended to terrorize media practitioners are routine. The idea is simple: to silence them. 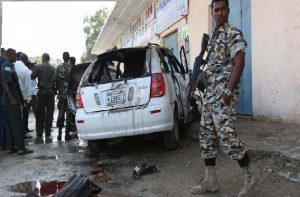 On November 2, the world celebrates the International Day to End Impunity for Crimes against Journalists, a United Nations-recognized event. There are few other countries where this issue has the same chilling significance as it does in Somalia.

According to data collated by the National Union of Somali Journalists (NUSOJ), 54 journalists have been murdered over the past decade. The most recent victim, TV journalist Mohamed Isse Hassan was killed on October 29 in a car bombing while he and others were covering another explosion in the capital Mogadishu. The twin bombings killed more than 100 people in total.

Yet, barring one conviction earlier this year, those responsible for these killings have never been brought to justice. Nor have those who ordered the assassinations. An end to this campaign of terror is still nowhere in sight.

Some Somali journalists have died in a hail of bullets, others have lost their lives in suicide bomb attacks, and some others have been killed in the line of duty as happened on October 29. Some were sent death threats and lived in fear until their killers finally tracked them down. Others were attacked without warning.

In addition to the appalling death toll, 50 journalists have been seriously injured since 2012. That includes two journalists who were wounded on October 29.

Many others both men and women have faced arrests, threats and harassment. There is no expectation that, once arrested, a journalist will receive a fair trial. In most cases, the notorious words “convicted as charged” are pronounced. 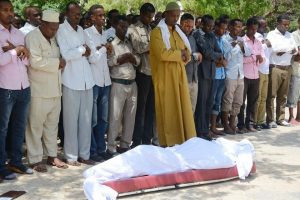 Amid the conflict between different armed groups and the government that continues to rage in the country, there is a lack of political will from any major actor to end this deadly violence against journalists. Each political side wants to control and manipulate news and information, and independent and critical journalism draws retaliation. There is an unstated compact between political forces that there need be no fear of any accountability for such crimes.

Despite these risks, journalists who are mostly young adults are joining both government-controlled and private media. News organizations are mushrooming and there is a growing independent media landscape. They represent hope for a better future and their optimism must not be extinguished.

Female reporters in particular additionally face the threat of gender-based violence and harassment. On social media, female journalists routinely receive messages warning them that they will be killed or raped if they pursue a particular line of reporting.

The psychological wellbeing of journalists is another critical safety issue. In addition to covering stories in high-risk, hostile environments, many Somali journalists are traumatised by constant threats and harassment. The fear that they may be deliberately targeted at any time adds to their sense of unease.

The widespread acceptance of impunity for those who attack journalists in Somalia is a major cause for concern. 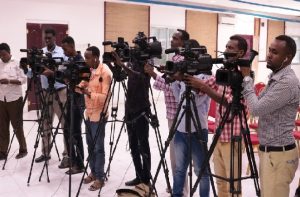 Meanwhile, the government uses obsolete, oppressive laws like the country’s archaic 1964 penal code that UN experts have also criticized to legally prosecute journalists rather than those who hound them.

This, in turn, encourages individuals within the judicial system including in the provinces away from Mogadishu and non-state actors to believe that they can harass and attack journalists without any adverse consequences.

Without firm political will, it is unlikely that this violence will abate.

In September, Somali journalists adopted a National Action Plan on the Safety of Journalists, backed by the African Union, UNESCO, the International Labour Organization and NUSOJ. The plan, a Somali-led, Somali-owned, journalist-centred blueprint addresses pressing occupational safety and security issues. It encompasses everything from safety skills for journalists and partnerships for the legal and physical defence of media professionals, to strategies to take on gender-based violence against women journalists and the broader culture of impunity within which attacks continue.

What is now required is the vigorous implementation of that plan by all sectors of society, not just journalists. The federal government, state governments and judiciary too must embrace the plan. The time for grief and condolences alone is over. It’s time to act. (Int’l News Desk)