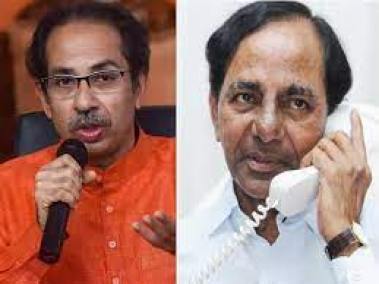 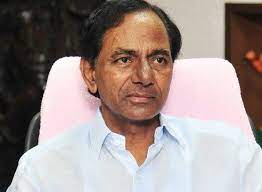 Hyderabad, Feb.23 (PMI): The meetings that took place between the TRS boss and Telangana Chief Minister K Chandrasekhar Rao and the Shiv Sena chief Uddhav Thakre and NCP chief Sharad Pawar on Saturday last at Mumbai, has become a topic of discussions not only in political circles but also in social, industrial sectors now-a-days. The talks between the three leaders are considered as the first step in the direction of bringing together all the political parties and forces opposed to the ruling party at the Centre — the BJP.

It may be recalled that after KCR openly mounted a scathing attack on the BJP and the Prime Minister Narendra Modi, and talked about the need for forging a front of all forces opposed to the BJP to teach a fitting lesson to Narendra Modi, Uddhav Thakre has fully supported KCR and invited him to Mumbai for talks. Following the invitation, KCR visited Mumbai and held discussions with Thakre and Pawar, separately. The main point of the talks was forging a United front to fight the BJP.

The main contention of KCR is that the Prime Minister was taking decisions which destroyed the Federal structure in the country and that he (Prime Minister) was making every effort to usurp the powers of the States. When KCR raised the issue a few days back, West Bengal Chief Minister Mamata Banarjee (TMC), Tamil Nadu Chief Minister Stalin (DMK), RJD leader Tejaswi Yadav and the Left party leaders have expressed their support to him (KCR) and opined it’s time for taking effective steps to thwart the attempts of Narendra Modi.

The Mumbai talks on Saturday have triggered intense debate and speculation, particularly in political circles, on different aspects such as the possibility of all like-minded forces coming together against the BJP, the pros and cons of such a United action, how far unity between all forces will be a success, and whether the leaders could come to an agreement on leadership of the proposed front, and other issues.

The main and major issue that is expected to confront the leaders of different regional parties is whether the front should be a non-Congress and non-BJP one or only against the BJP. In other words, the issue is roping in the Congress also into the proposed front or keeping the Congress away. Both Thakre and Sharad Pawar seem to be of the view that without taking the support of Congress, it might not be possible to fight the BJP. On the other hand, Mamata Banarjee and some parties seem to be totally opposed to inclusion of Congress in the front.

When a larger conclave of leaders of regional and the left parties take place in the near future, all these issues are expected to be sorted out. (PMI)