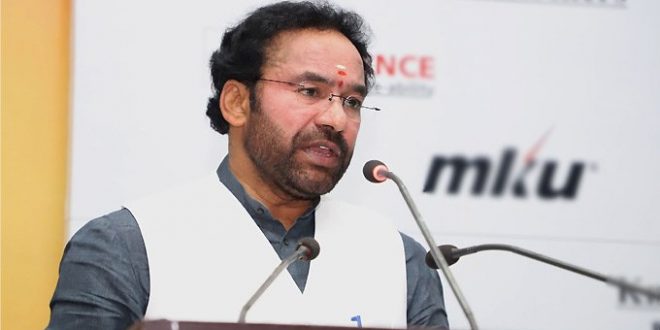 “Never before have many ministerial and administrative powers been vested on one family in spite of poor performance. However, the State Government’s Ministry of Finance and Municipal Administration & Urban Development Ministries seem to be giving conflicting information on Smart Cities,” he said.

In a statement here, the Union minister said it is evident that the Kalvakuntla family of Chief Minister K. Chandrashekar Rao was deliberately propagating misinformation through social media. “The TRS government falsely claims that the Centre did not release “even one rupee” in the last three years for Smart Cities in Telangana. However, when one ascertains the facts, it becomes clear that this blame should squarely lie on the State Government of Telangana, which did not allocate its share as a part of the matching grant for the Smart Cities projects in Telangana,” he added.

Kishan Reddy said the Telangana government had been allocated two Smart cities under the National Competitive Smart Cities Challenge by the Centre and added that Warangal was selected in May 2016 and Karimnagar through Round-3 in June 2017. The Smart Cities Mission is a Centrally sponsored scheme with 50:50 contribution between the Government of India and the States, he said . “For GoI to release next instalments, the State must release an equal matching share to the Smart City and the City should have utilised at least 75% of funds,” he added. He said by 2019-2020, the Centre had already released instalments of Rs 392 crore of a total budgetary allocation of Rs 1,000 crore and added that Telangana had been the most laggard State in transferring even GoI’s share to the smart city.