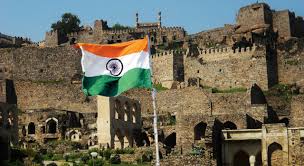 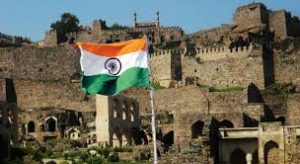 Hyderabad,   Chief Minister K. Chandrasekhar Rao, as an Independence Day gift, today announced filling of 40,070 new posts as part of his government’s promise to create more employment opportunities to the jobless youth in the State.

In his address on the occasion of the 71st Independence Day celebrations from the ramparts of the historic Golconda Fort today, the Chief Minister said a notification to fill these posts would be issued shortly. While already 27,660 posts have been filled so far and another 36,806 posts under the process of filling up, with the newly announced 40070 posts, the State government would be ensuring jobs to the tune of 1, 12,536, he observed.

Asserting that the TRS Government was working with twin objective of development and welfare, the Chief Minister regretted that some “disruptive forces” working to scuttle his efforts to not only develop the State into “Bangaru Telangana” but also ensure better living conditions for the poor and the downtrodden. His government would not be deterred by any of these obstacles and hurdles and would work with more conviction and determination to fulfill the promises made for the uplift of the poor, he declared.

KCR reminded that a separate Telangana State was achieved on the principles of peaceful and democratic struggle on the same lines as the nation had achieved its Independence. Within a short span of three years, the new State of Telangana has achieved a growth rate of 21.7 percent which was a record in the country and received nation-wide appreciation and has become a role model for other States, he added.

The Chief Minister highlighted various developmental and welfare programs initiated by his government. The State had achieved tremendous progress in the power sector which helped provide uninterrupted power to the farming sector. The government was taking various measures to set various power generating units so that from next year it would be able to provide uninterrupted power supply to the farmers for 24 hours. In fact, the State would achieve surplus power and would be in a position to cater to the power needs of other States, he observed.

Stating that the state government was making fully use of water resources in the State, KCR said many irrigations projects were being taken up. With innovative like Mission Bhagiratha drinking eater would be provided to every household in the State. “Mission Kakatiya” had helped us to resurrect hitherto dried up tanks which turn helped more agricultural produce, he explained. Referring to the handloom weavers, he said that the State government was going all out to encourage them by ensuring that handloom saris and clothes were distributed in all the State-sponsored festivals. As a matter of fact, aTextiles Park would be soon opened in Warangal, he added.

The Chief Minister said the State government was determined to eradicate the drug menace by launching a war against the drug mafia and peddlers. The government was also using its whip to eradicate gambling, drugs and spurious seeds. As a result of the tremendous work being done by the SHE team of the police, the government has ensured protection and safety of women. In fact, the State’s SHE Team has become a role model for other States to implement such teams for women’s protection, he explained.

KCR also highlighted the efforts bring made to achieve its promise of providing quality education from KG to PG. As many as 522 Gurukul Schools were opened in the State to provide quality education to the poorer sections on par with the corporate educational institutions. Even on the health and medical services, the government had made good strides which were appreciated by the Governor during his recent visit to the Gandhi Hospital.

While detailing about the progress made in the industrial sector, the Chief Minister said his government was taking all steps to organize the World Industrial Conclave during November which would be attended by US President Donald Trump’s daughter Ivanka Trump besides many industrial giants from various parts of the globe.

Earlier, the Chief Minister soon after his arrival at the Golconda Fort, where the celebrations are being held for the past three years, inspected the police parade. Later, he unfurled the tricolor and took the salute of the march-past. The Chief Minister also on the occasion presented various awards to recipients in various fields.