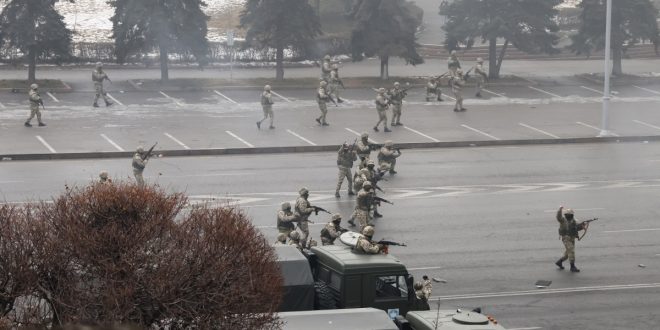 NUR-SULTAN: Kazakhstan’s president has ordered security forces to “shoot to kill without warning” as unrest continues in the tightly controlled Central Asian state.

In a televised address on Friday, Kassym-Jomart Tokayev warned demonstrators would be “destroyed” as part of a forceful “counterterrorist” operation.

In almost a week of protests, dozens have been killed, including citizens and police. 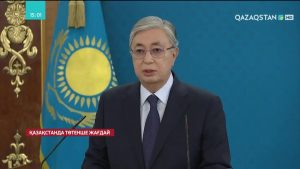 The unprecedented crisis marks the worst violence Kazakhstan has seen since gaining independence three decades ago.

The interior ministry said that 26 “armed criminals” had been “liquidated” and more than 3,000 detained since last weekend, while 18 police and National Guard service members had also been killed.

Gunshots could be heard on Friday morning near the central square in the largest city, Almaty, where troops and protesters battled on previous days.

Protests, which are rare in the relatively stable former Soviet nation, began over rising fuel prices. But the rallies have since morphed into violent anti-government riots.

At the request of Tokayev, Russia has sent “peacekeeping forces”. They arrived on Thursday, amid warnings from the West to Moscow to respect Kazakhstan’s sovereignty. (Int’l Monitoring Desk)