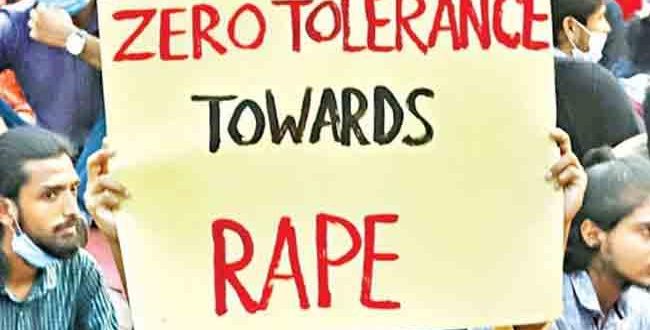 HYDERABAD’ June 09 2022- The Jubilee Hills gang rape survivor had shared details of what happened on the fateful day of May 28. In the second statement she said that the accused had trapped her into coming with them after she exited the pub and raped her in the car. Hyderabad City police had recorded the statement of the Jubilee Hills gang rape survivor for the second time before a magistrate under Section 164 of the Code of Criminal Procedure (CrPC) on June 6.

In the statement the victim said that she had come out of the pub along with another female friend. While her friend booked a cab and left. She was waiting outside.The friend who brought the victim to the party stayed back inside the pub. She said that the accused, who were already following the victim had grabbed her phone stating that they would book a cab for her on her phone. The accused then told her that the phone signals were weak and promised to drop her at home and made her get into the Benz car.From the pub they went to Concu Bakery in Banjara Hills. She said that they had snatched her glasses and handbag from her while she was in the Benz car itself and had misbehaved with her.

When they reached Concu, on the pretext of the car being too small for all of them to fit , they changed cars and shifted into the Innova car. Hoping that they would return her glasses and handbag the victim went into the Innova. That is when they took her to an isolated place and the five accused had taken turns to rape her, she stated.

After the registration of an FIR at Jubilee Hills police station against five youths, three being minors, the police had recorded the first statement of the survivor on June 7 at the Bharosa Centre, a support centre of women and children who are victims of a crime. Based on her statement, police arrested the five accused who were all minors.

On Wednesday the Nampally Criminal Court sent the one of the accused Saduddin Malik (18) to three days police custody while the police had sought custody of the accused for seven days.The police will take Malik into custody on Thursday from the Chanchalguda jail. It may be noted here that Malik is the main  accused in the gang rape case while the remaining five accused are minors. Meanwhile, Jubilee Hills police have also approached the Juvenile Justice Court to seek custody of the five juveniles for further questioning in the case.