Hyderabad’June 13 2022-The investigation of the May 28 Jubilee Hills Gangrape case is going on. According to the reports, the gangrape is a pre-planned one and the five accused-including four minors and one adult who committed the crime had condoms on them and used protection while committing the offence. 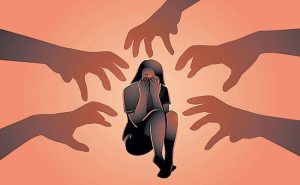 Saduddin Malik revealed some facts during the time of interrogation. He said that the son of the Shastripuram Corporator is the main person behind the crime. According to the reports, the son of corporator and MLA’s son started searching for the girls after they entered the pub. Both of them also teased some minor girls in the Amnesia Pub. It is said that the son of MLA ordered Saduddin not to get into the car. Saduddin was left near the pub and the son of MLA went along with the girl in the Mercedes Benz. The minor girl was assaulted by the son of MLA in the car. According to the sources, there were some discrepancies in the statements given by the accused. The Call Data Records of all the accused have been taken and the police will further question them. The police have already recreated the crime scene to understand how the crime was committed
Share
Previous Schools reopen for new academic
Next CASE FILED BY MUSHTAQ HUSSAIN (CHOTU) SEEKING INJUCTION AGAINST SYED NAJAF ALI SHOUKAT PRESIDENT MARKAZI ANJUMAN MAMATAMI GUROHAAN HYDERABAD REGD NO 2529 OF1996 DISMISSED.