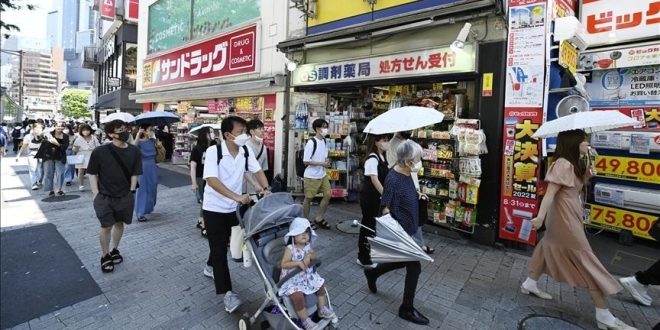 TOKYO: Japan’s inflation rate has jumped to a fresh 41-year high as businesses pass on higher costs to their customers. 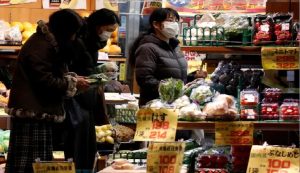 Core consumer prices for last month rose by 4% from a year earlier, double the Bank of Japan’s (BOJ) target level.

It puts further pressure on the central bank to put up its interest rates to help ease the rising cost of living.

This week the BOJ surprised investors by announcing that it would keep rates near zero, despite the increasing cost of everything from food to fuel.

“Producer prices have been rising at a much faster pace than consumer prices for some time, but now companies are passing these costs on to consumers,” Damian Thong, who heads Japan equity research at Macquarie Group, told media.

“We believe that the BOJ will [eventually] end its negative interest rate policy,” he added.

Producer prices are a measure of inflation at a wholesale level, while consumer prices reflect how much is paid by households for goods and services.

Official data released on Friday showed inflation was at its highest since 1981, the ninth month in a row that it has been above the central bank’s 2% target. 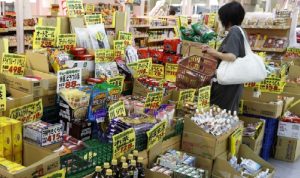 Even after the jump in prices, Japan still has one of the lowest inflation rates in the world.

As a result the world’s third largest economy has bucked the trend of many other countries that have raised interest rates sharply over the last year.

On Wednesday the BOJ kept interest rates near zero, which pushed the yen down in value against other major currencies.

Many experts had expected the central bank to start to phase out its economic stimulus program in an attempt to curb rising prices.

The latest official figures showed that inflation in the US stood at 6.5% in December, while it was 9.2% in the Eurozone and 10.5% in the UK. (Int’l News Desk)