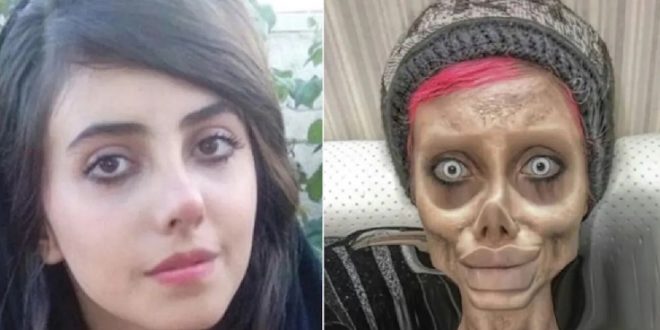 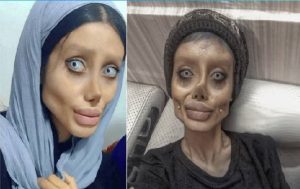 TEHRAN: An Iranian woman who became a social media sensation for her creepy Angelina Jolie look which she assumingly attained after undergoing cosmetic surgery has shown her real face after being released from jail.

Tabar was arrested for “blasphemy” in October 2019. She was jailed for 10 years but has been released just after 14 months due to the protests in the country.

When she was arrested, activist Masih Alinejad and many others raised their voices in her support, saying that the teenager landed in jail for “a joke”. She even took to Twitter to ask Angelina Jolie herself for help.

Tabar, 21, has released photos of what she actually looks like. She shared that she had undergone a few surgeries, 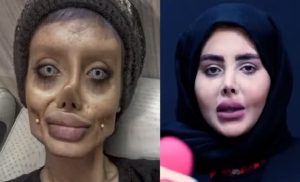 including lip fillers and a nose job, but clarified that the viral images showed the magic of make-up and photo editing.

“What you saw on Instagram was the computer effects I used to create the image,” she told local media, according to news.com.au.

Tabar, who expressed regret for her “joke”, is actually named Fatemeh Khishvand. The young woman said she chose the make-up look because she wanted to be famous.

“My mother was telling me to stop, but I didn’t listen,” she said. (Int’l Monitoring Desk)