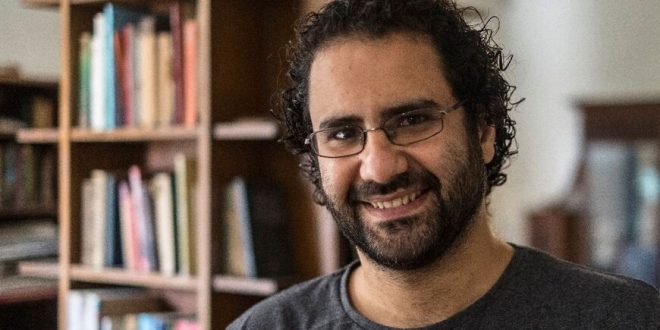 CAIRO: The family of Egypt’s jailed dissident Alaa Abd el-Fattah have said that they have been told by prison authorities that the activist is “under medical intervention”, potentially meaning that he has been force-fed. 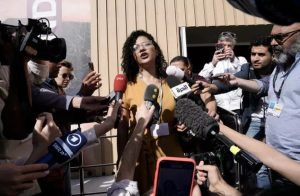 Family members have repeatedly demanded information on the health of Abd el-Fattah, who holds both Egyptian and British citizenship, in recent days after he escalated his months-long hunger strike to include abstaining from water.

Abd el-Fattah’s mother, Laila Soueif, travelled on Thursday to the Wadi el-Natroun prison where he is being held approximately 100km (60 miles) north of Cairo, where she was informed that “medical intervention was taken … with the knowledge of judicial entities”, his sister Mona Seif wrote on Twitter.

“They should allow our mother to see him immediately and see for herself how he is,” Seif added.

The nature of the intervention was not known, but the family has expressed fears that prison officials would force-feed Abd el-Fattah, which they said would amount to torture. Abd el-Fattah said in an earlier letter that he was prepared to die in prison if not freed.

Soueif said that prison authorities had told her that the medical procedure on Abd el-Fattah had not been done by force, and was told “Alaa is good”.

Soueif, who has been waiting outside the prison every day this week hoping to see evidence of her son’s wellbeing, called for him to be transferred to a civilian hospital rather than a prison facility. 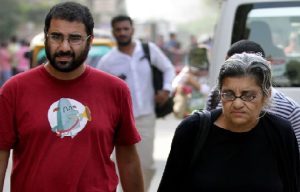 “I need proof for this. I don’t trust them,” she said.

Omar Robert Hamilton, Abd el-Fattah’s cousin, said in a statement on Twitter that the news is “incredibly worrying”.

“The Egyptian authorities are totally opaque, cruel, incompetent, and corrupt and so paralyzed by fear that information doesn’t travel along chains of command properly so anything could happen,” he said.

The new development came as Abd el-Fattah’s lawyer, Khaled Ali, said he has been granted permission to visit him in prison after the public prosecutor’s office approved his request.

“I am on my way to Wadi el-Natroun prison to visit Alaa,” he tweeted.

However, Seif later said that Ali was being prevented from visiting Abd el-Fattah at the prison.

Abd el-Fattah, who has been in prison for most of the past decade, is serving a five-year sentence on charges of disseminating “false news” for retweeting a report in 2019 about the death of a political prisoner.

He had been on a partial hunger strike of 100 calories a day for the past six months. He stopped all calorie intake and 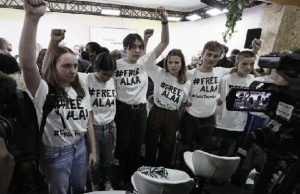 Egypt’s hosting of the event has drawn intensified international attention to heavy suppression of speech and political activity. Since 2013, President Abdel Fattah el-Sisi’s government has cracked down on dissidents and critics.

World leaders and activists have repeatedly called for Egyptian authorities to release the activist.