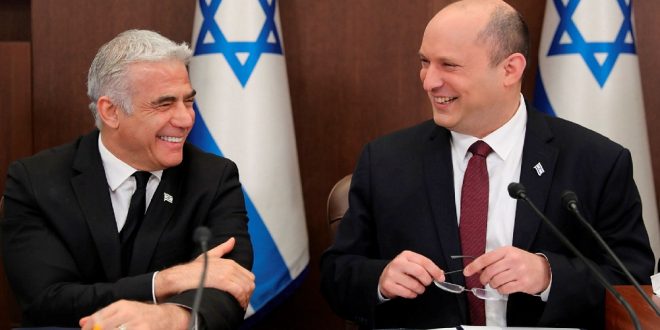 JERUSALEM: Israelis go to the polls on Nov 1 for their fifth election in less than four years. The country has been caught in an election cycle since 2019, amid persistent deadlock between former Prime Minister Benjamin Netanyahu and his rivals on the left, right and centre. 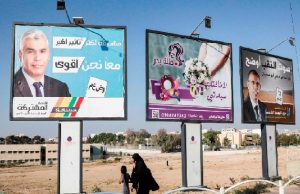 Netanyahu, veteran leader of the right-wing Likud Party, seemed to be at the peak of his powers, about to become Israel’s longest-serving prime minister but he had a precarious one-seat majority in parliament and called a snap election.

Election Day, after which Netanyahu under criminal investigation for corruption struggles for weeks to put together a coalition and fails. Then, rather than let his then principal rival former armed forces chief Benny Gantz have a chance to form a government, Netanyahu triggered another election in an unprecedented political move which plunged Israel into political chaos.

A second election. Netanyahu’s Likud and Gantz’s centrist Blue and White Party ended in a virtual tie, and for weeks neither man succeeded in putting together a government, resulting in a third election.

Netanyahu is indicted for bribery, fraud and breach of trust in three cases in which he is alleged to have granted favours to media moguls in return for positive coverage and the illegal receipt of gifts. Netanyahu denies all wrongdoing and claims he is the victim of a political witch-hunt. 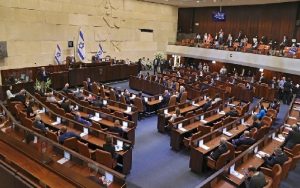 Held under the shadow of the newly-arrived coronavirus, Israelis go to the polls once more but the deadlock persists. Within weeks, Gantz agrees to join an “emergency unity government” with Netanyahu that will navigate through the economic and health crisis brought on by the pandemic, as Netanyahu’s corruption trial kicks off. Before the year is out, the unity government is already faltering over a budget dispute after Netanyahu backtracked on his power-sharing deal with Gantz and a fourth election is called.

Fourth election. After weeks of negotiations, and an 11-day war between Israel and Palestinian militants in Gaza, Netanyahu fails to put a government together and centrist rival Yair Lapid gets the next chance to try and succeeds.

Lapid announces he has managed to put a government together. His unlikely and fragile coalition of rightist, liberal and Arab parties is sworn in less than two weeks later, putting an end to 12 consecutive years of Netanyahu rule. 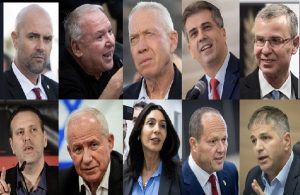 Less than one year into its rule, Lapid’s coalition loses its razor-thin majority to defections. Rather than wait for the opposition to vote them out, the government moves to dissolve parliament, triggering Israel’s fifth election since 2019.

Election Day. After official results are in, usually a matter of days, the president holds consultations with the parties and picks the candidate he sees as having the best chance to form a government. No single party has ever won a majority in the 120-seat parliament, which make coalition governments the norm. Whoever is picked, long coalition talks will likely ensue, either delivering a government or a sixth election. (Int’l Monitoring Desk)