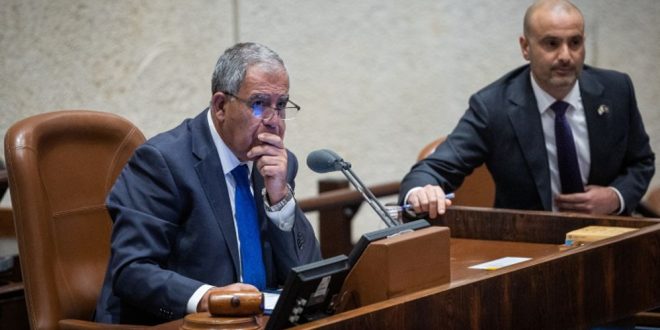 JERUSALEM: A close ally of Israeli prime minister-designate Benjamin Netanyahu has been elected as the new speaker of Israel’s parliament, marking a step closer to the formation of what is expected to be the most right-wing government in the country’s history. 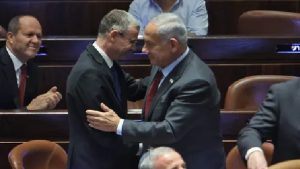 However, Levin may not be the speaker for long, with some Israeli political pundits forecasting that he will be tapped for a prominent cabinet role in Netanyahu’s new coalition but before that government can be formed, parliament must first pass a measure allowing one of Netanyahu’s most powerful allies, the ultra-Orthodox Jewish leader Aryeh Deri, to serve in the cabinet despite past convictions for tax evasion.

Deri, who heads the Shas party, has been promised the interior and health ministries in the incoming Netanyahu government.

However, the attorney general has ruled that under the current rules, his convictions bar him from serving in the cabinet.

Levin is expected to move quickly to pass legislation removing that barrier.

In a general election last month, Netanyahu and his allies won 64 of parliament’s 120 seats, giving them the 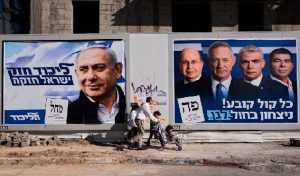 opportunity to form a majority government after an unprecedented period of political gridlock that forced five elections in less than four years.

In its first coalition deal on November 25, Netanyahu’s Likud party gave ultranationalist leader Itamar Ben-Gvir the police ministry and a seat in the security cabinet. He is also to be responsible for the border force in the occupied West Bank.

Ben-Gvir has repeatedly been accused of deliberately fuelling the conflict with the Palestinians and has a record of anti-Arab rhetoric. The two leaders also pledged to legalise dozens of illegal settler outposts in the occupied West Bank.

The Palestinian Authority has already warned that that particular choice of minister could have dangerous repercussions. 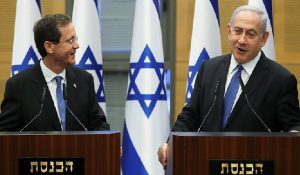 For the fifth time since 2019, Israelis are voting in national elections, hoping to break the political deadlock that has paralysed the country for the past three and a half years. Voting began at 7am local time (05:00 GMT) and ended at 10pm.

The foremost issue in Tuesday’s vote is once again former leader Benjamin Netanyahu’s fitness to serve amid corruption charges.

Israel’s longest-serving premier, on trial over corruption charges, which he denies, was poised to take 61-62 seats in the 120-seat Knesset, according to Israeli television exit polls.

The early exit polls may differ from the final result of the election, which is not expected until later in the week. Still, the results pointed to a stronger-than-expected showing by the right. (Int’l News Desk)