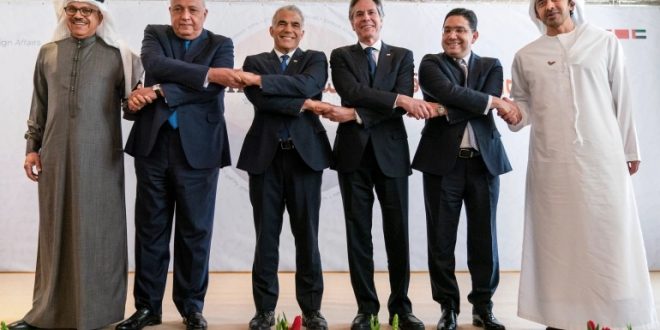 JERUSALEM/ DUBAI: Israel hosted the foreign ministers of four Arab nations and the United States in a bid to strengthen its position in a rapidly shifting Middle East.

The gathering brought together the top diplomats from all but one of the Arab countries that have normalized relations with Israel in US-mediated negotiations, including three that signed agreements with Israel during the Trump administration in 2020. 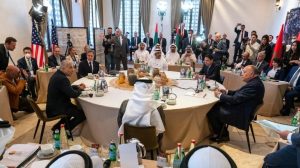 Meeting at a resort in the southern Naqab (Negev) region near the tomb of Israel’s first president, David Ben-Gurion, the ministers and US Secretary of State Antony Blinken pledged to expand cooperation to include energy, environmental and security matters and try to bring others into the agreements.

The Palestinians were not invited to the summit, despite their ongoing occupation at the hands of Israel being a central feature of Arab-Israeli relations for the last 50 years.

“Just a few years ago this gathering would have been impossible to imagine,” Blinken said. “The United States has and will continue to strongly support a process that is transforming the region and beyond.”

“We are here today because we genuinely, sincerely and deeply believe in peace,” Morocco’s Nasser Bourita said. “Not that kind of passive peace where we turn our backs to each other and peacefully ignore each other.”

“We believe in a thorough, fruitful, paradigm-shaping, and value-creating peace in this region,” he added. 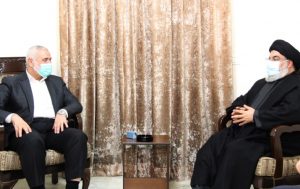 Jordan was the only Arab country to have normalized relations with Israel to not attend the summit. The country’s King Abdullah instead visited the Israeli-occupied West Bank in solidarity with the Palestinians.

The gathering comes as the Biden administration has been working to renew the 2015 international nuclear deal with Iran. The agreement placed curbs on Iran’s nuclear program in exchange for billions of dollars in sanctions relief.

All the ministers expressed misgivings over Iranian behaviour across the region and the possible renewal of the international nuclear accord with Iran.

Israeli Foreign Minister Yair Lapid said the group was “making history” as he announced the gathering would become an annual event. 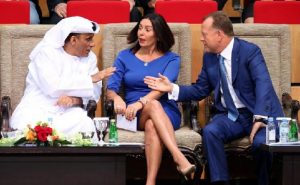 “They certainly have something to fear.”

“The rhetoric was singing Kumbaya,” he said. “The reality is people living under occupation. We have four Arab ministers who wouldn’t even dare go to the occupied Palestinian territory, partly out of shame and partly out of guilt, because they are normalizing relations on the back of Palestinians.”

The reason for the meeting, Bishara went on to say, is that Israel, the US, and the four Arab countries want to form an axis against Iran.

“What they are preparing for behind the podium is a new cold war,” he said.

Meanwhile, Palestinians were notable absentees in the summit.

The Biden administration has urged Israel and the Palestinians to take steps to reduce tensions and create conditions for eventually renewing peace talks. But it has made it clear that it has no immediate plans to press the sides to renew negotiations. (Int’l Monitoring Desk)