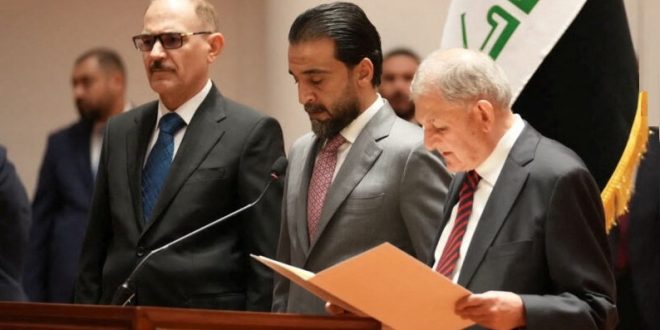 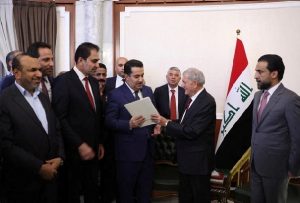 The presidency, traditionally occupied by a Kurd, is a largely ceremonial position, but the vote for Rashid was a key step toward forming a new government, which politicians have failed to do since the election.

Rashid, 78, was the Iraqi minister of water resources from 2003-2010. The British-educated engineer won against former President Barham Salih, who was running for a second term.

He invited Sudani, the nominee of the largest parliamentary bloc known as the Coordination Framework, an alliance of Iran-aligned factions, to form a government. Sudani, 52, previously served as Iraq’s human rights minister as well as minister of labour and social affairs.

Sudani now has 30 days to form a cabinet and present it to parliament for approval.

Thursday’s vote, which was the fourth attempt to elect a president this year, took place shortly after nine rockets landed on Thursday around the Iraqi capital’s Green Zone, according to a military statement. 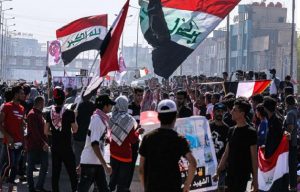 At least 10 people, including members of the security forces, were injured in the attack, according to security and medical sources.

Similar attacks took place last month as the parliament was holding a vote to confirm its speaker.

Thursday’s parliament session comes a year after an election in which populist cleric Moqtada al-Sadr was the biggest winner but failed to rally support to form a government.

Sadr withdrew his 73 lawmakers in August and said he would quit politics, prompting the worst violence in Baghdad for years when his loyalists stormed a government palace and fought rival groups, most of them backed by Iran and with armed wings.

Sadr, who has not declared his next move, has a track record of radical action, including fighting US forces, quitting cabinets, and protesting against governments. Many fear protests by his supporters. 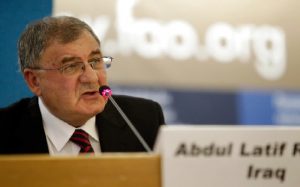 Security personnel had deployed checkpoints across the city, closed off bridges and squares and erected walls across some of the bridges leading to the fortified Green Zone on Thursday.

“Now Iran-backed groups are dominating the parliament, they have a friendly judiciary and have dominated the executive (authority)…they will need to benefit from it, one way to benefit from it is to do it gradually or suddenly and try marginalize or expel pro-Sadrists from the state apparatuses,” said Hamdi Malik, adding the approach on how they do it will determine how Sadr will react.

Under a power-sharing system designed to avoid sectarian conflict, Iraq’s president is a Kurd, its prime minister a Shia and its parliament speaker a Sunni.

The presidency was fiercely contested between Iraqi Kurdistan’s two main parties — the Kurdistan Democratic Party (KDP) which backed Rashid after withdrawing its own candidate, and its traditional rival, the Patriotic Union of Kurdistan (PUK), which nominated Salih.

Rashid’s election raises concerns about escalating tensions between the KDP and PUK, who fought a civil war in the 1990s.

The KDP and PUK were unable to iron out differences and agree on one candidate.

“The relationship between the PUK and the KDP is at its lowest…,” said Zmkan Ali Saleem, assistant professor of political science at Sulaimani University.

However, the tension will not lead to a break in the relationship between the parties and will eventually calm down because Rashid is a PUK member and his wife is a powerful figure within the party, Saleem added. (Int’l News Desk)