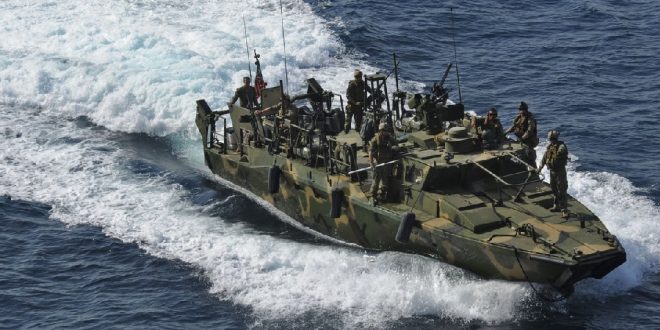 TEHRAN: A new military vessel of the Islamic Revolution Guards Corps Navy has blocked the path of two American warships as they intended to sail into the Persian Gulf last week, a senior commander said. 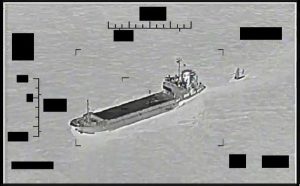 The missiles of the new naval vessel have a range of 300 kilometers, he added.

The commander said the new missile-launching vessel prevented two American warships from entering the Persian Gulf and ordered them to identify themselves last Monday, December 5.

The Iranian military forces are firmly standing against the enemies and force the Americans to sail through the courses that Iran has defined in the Persian Gulf, he added.

The commander also noted that the US forces will continue to receive “slaps in their faces” from Iran as long as they maintain their arrogant and cruel nature. 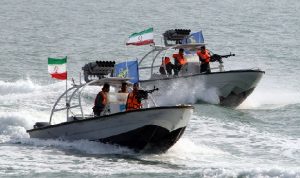 On the other side American officials say that a pair of U.S. warships were harassed by an Iranian patrol boat during a late evening transit in the Strait of Hormuz on Monday, U.S. Central Command said in a statement.

Expeditionary Sea Base USS Lewis B. Puller (ESB 3) and guided-missile destroyer USS The Sullivans (DDG-68) were sailing into the Persian Gulf when they were intercepted by a speedboat-sized Iranian Revolutionary Guard Corps Navy fast inshore attack craft, a CENTCOM spokesperson told USNI News on Tuesday.

“The Iranian vessel attempted to blind the bridge by shining a spotlight and crossed within 150 yards of the U.S. ships,  dangerously close, particularly at night,” according to the statement from CENTCOM.

“The U.S. ships safely deescalated the situation through the (use) of audible warnings and non-lethal lasers. U.S. Navy ships continued their transit without further incident.” (Int’l News Desk)