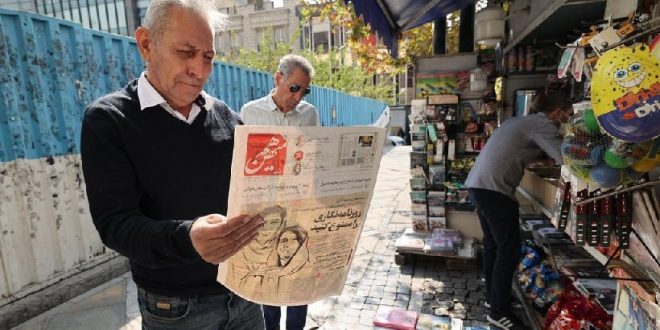 TEHRAN: More than 300 Iranian journalists on Sunday called for the release of colleagues who were detained amid nationwide demonstrations. 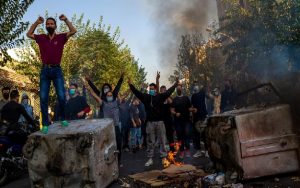 They signed a statement published in the Iranian Etemad and other newspapers in which they accused authorities of arresting members of the press and “stripping them of their civil rights.”

“They did not have access to their lawyers, they were interrogated and charged before holding a public hearing,” the statement said.

What are the protests about?

Protests have gripped Iran since the death of 22-year-old Mahsa Amini in police custody on September 16. She was arrested in Tehran for allegedly wearing her hijab incorrectly. What began as outrage over her death soon evolved into a popular uprising against Iran’s leaders.

Students and women have been particularly active in the protests, burning their veils and cutting their hair in a show of defiance against the repressive Islamic Republic that came to power in 1979. 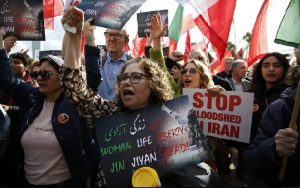 Dozens of people have been killed over the past several weeks amid a brutal crackdown by security forces. Hundreds more have been arrested, including over 40 journalists, according to rights groups.

A report by Iran’s security services released on Friday singled out detained reporters Elaheh Mohammadi and Niloufar Hamedi, who helped bring attention to Amini’s case. The report alleged they were foreign agents working for the CIA. Tehran has accused the West of fueling the recent unrest and trying to destabilize the country.

The head of Iran’s powerful Revolutionary Guards warned that protests must end by Saturday. But video footage cited by the Reuters news agency appeared to show students once again taking to the streets on Sunday. (Int’l Monitoring Desk)