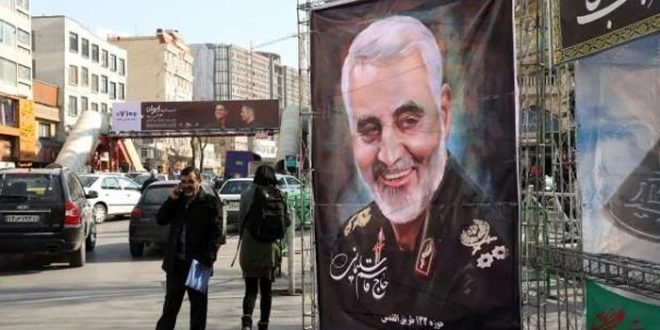 TEHRAN: Iran’s Revolutionary Guards chief said Saturday that Tehran will avenge the US killing of its top commander General Qasem Soleimani by targeting only those involved, in an “honourable” retaliation. 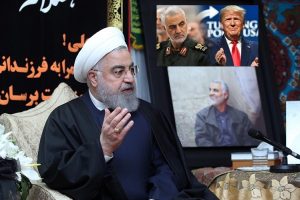 Soleimani, who headed the Guards elite Qods Force, was killed in an American air strike near Baghdad airport in January.

A US media report, quoting unnamed officials, said Iran plans in retaliation to assassinate the American ambassador to South Africa, Lana Marks, before the presidential election in November.

US President Donald Trump threatened Iran this week with a “thousand times stronger” response in case of any attack on his country, following the report.

South Africa’s state security agency said Friday it had found no evidence of such a plot against Marks.

“Mr Trump, our revenge for the martyrdom of our great commander is certain, serious and real, but we are honourable and take revenge with fairness and justice,” he said, quoted by the Guard’s official website Sepahnews. 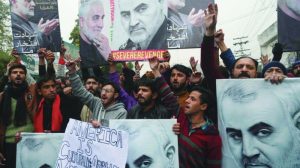 “You think we would strike at a woman ambassador to South Africa for the blood of our martyr brother? We will target those who were directly or indirectly involved in the martyrdom of this great man,” he said.

“You should know that we will target whoever was involved … and this is a serious message.”

Soleimani was killed in a drone air strike, alongside a top Iraqi commander. Abu Mahdi Al-Muhandis.

Days later, Iran launched a volley of missiles at Iraqi bases housing US and other coalition troops, but Trump refrained from any further military response.

Relations between Washington and Tehran have been tense ever since the Islamic revolution of 1979.

They have deteriorated sharply since Trump unilaterally pulled out of a landmark international nuclear deal with Iran in May 2018 and re-imposed crippling sanctions. (Int’l News Desk)