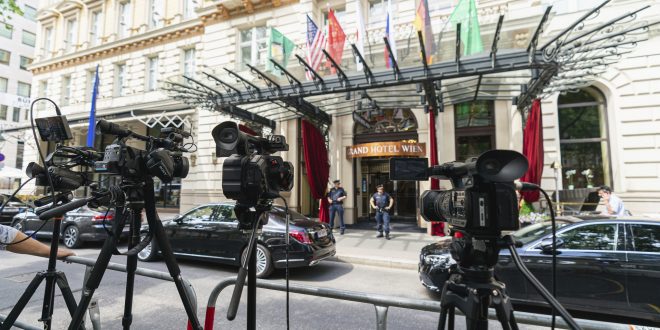 VIENNA/ TEHRAN: Iran and the world powers party to its 2015 nuclear deal have begun long-awaited talks in Vienna to restore the pact, which the United States abandoned three years ago. 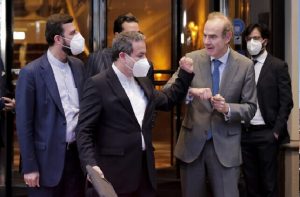 Representatives of Iran, China, France, Germany, Russia, and the United Kingdom convened in the Austrian capital on Monday. Messages will be relayed to American representatives as Iran again refused to hold direct talks since the US is no longer a member of the accord.

During the first day, participants are expected to agree on a general roadmap for the future of the negotiations, which are a continuation of six rounds of talks that paused in June to allow Iran’s President Ebrahim Raisi to form his administration.

Several informal meetings, including a trilateral meeting between Iran, China and Russia, and another between Iran’s top negotiator Ali Bagheri Kani and the European Union’s Enrique Mora, were held on Sunday to set up the main negotiations.

If successful, the talks will lift unilateral US sanctions while scaling back Iran’s nuclear program but differences in the two countries’ stances heading into the discussions cast doubt on the odds of success, and will likely prolong the talks but Russia’s top negotiator, Mikhail Ulyanov, said hours before the meeting that he remains “cautiously optimistic” despite being aware of the obstacles, as there are no better alternatives to restoring the landmark nuclear deal. 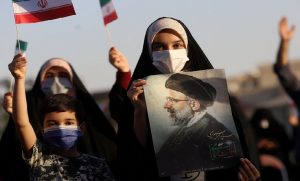 US must ‘accept reality’

Iran has said the US must accept responsibility for reneging on the accord, verifiably lift all sanctions imposed since 2018 at once, and guarantee it will not go back on its commitments again.

Iran’s negotiating team in Vienna mostly consists of people with economic expertise, signaling the country’s main focus in the talks will be on lifting the crippling American sanctions.

The US, meanwhile, has said it is ready to lift sanctions that are “inconsistent” with the Joint Comprehensive Plan of Action (JCPOA), as the deal is formally known. This means the Biden administration wants to maintain some of the human rights and “terrorism” sanctions imposed both by his own administration and that of Donald Trump.

Both sides have also repeatedly questioned each other’s commitment heading into the highly consequential talks. Iran’s Bagheri told Al Jazeera last week the US must “accept reality” and come to Vienna with the intent of lifting all sanctions. 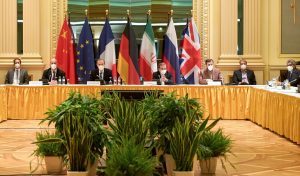 This came in reaction to a joint article by the foreign ministers of the UK and Israel, the nuclear deal’s biggest opponent in which the two vowed to prevent Iran from obtaining a nuclear weapon.

Iran maintains it is not seeking a nuclear weapon, but Western powers question the expansion of the country’s nuclear programme over the past two years, which has seen it enrich uranium up to 60 percent and deploy advanced centrifuges.

Meanwhile, other regional players such as members of the Gulf Cooperation Council (GCC) have welcomed the restoration of the nuclear deal, whereas they – led by Iran’s major rival, Saudi Arabia previously supported Trump’s “maximum pressure” campaign against Iran. (Int’l Monitoring Desk)