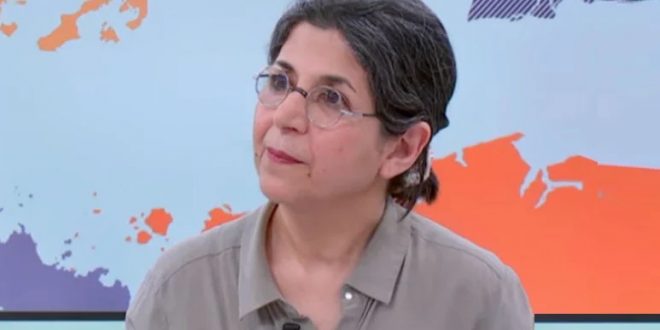 PARIS: Iran has sent back to prison from house arrest French-Iranian academic Fariba Adelkhah, her Paris-based support group said Wednesday, a shock development in the midst of hugely delicate talks on the Iranian nuclear drive. 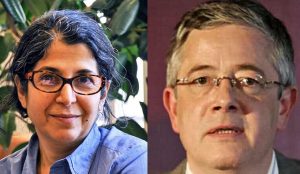 Adelkhah was sentenced in May 2020 to five years in prison for conspiring against national security, accusations her supporters have always denounced as absurd. She was allowed home in Tehran in October 2020 with an electronic bracelet.

She is one of at least a dozen Western nationals believed to be held in Iran who activists say are being held as hostages at the behest of the elite Revolutionary Guards to extract concessions from the West.

With talks ongoing in Vienna aimed at salvaging the 2015 nuclear deal between Iran and world powers, the French foreign ministry warned the move would damage bilateral relations and trust.

“It is with great shock and indignation that we have been informed that Fariba Adelkhah… has been re-imprisoned in the prison of Evin” in Tehran, the committee set up to support her said in a statement.

“The Iranian government is cynically using our colleague for external or internal purposes that remain opaque, and that have nothing to do with her activities,” it added. 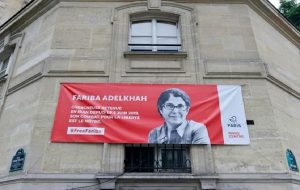 The committee accused the authorities of “deliberately endangering Fariba Adelkhah’s health and even her life”, pointing to the death this month in Iranian custody of poet Baktash Abtin after he contracted COVID.

The surprise move by the Iranian authorities to move Adelkhah back to prison comes at a hugely sensitive juncture in talks involving France and other world powers aimed at reviving the 2015 deal on the Iranian nuclear program.

France’s Foreign Minister Jean-Yves Le Drian complained Tuesday that the pace of the talks in Vienna is “too slow”, in marked contrast to the more upbeat tone from officials in Tehran.

The French foreign ministry expressed “astonishment” at the re-imprisonment of Adelkhah, calling for her immediate release and adding the move had come with “no explanation or preliminary warning”. 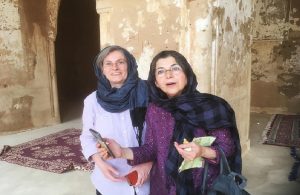 “The decision can only have negative consequences on the relationship between France and Iran and reduce confidence between our two countries,” the foreign ministry said.

Also being held in Iran is Frenchman Benjamin Briere, who his family describe as an innocent tourist but was detained while travelling in May.

Briere’s family announced last month he had begun a hunger strike to protest at his detention conditions and the lack of evolution in his case.

A specialist in Shiite Islam and a research director at Sciences Po University in Paris, Adelkhah was arrested in June 2019 along with her French colleague and partner Roland Marchal.

Marchal was released in March 2020 in an apparent prisoner swap after France released Iranian engineer Jallal Rohollahnejad, who faced extradition to the United States over accusations he violated US sanctions against Iran.

Adelkah’s support group said she had been imprisoned “on trumped-up charges and without any proper trial”. 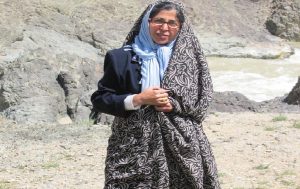 Nationals of all three European powers involved in the talks on the Iranian nuclear program, Britain, France and Germany, are among those foreigners being held.

In a separate development on Wednesday, the British Council said its staffer, Iranian citizen Aras Amiri, had returned to the United Kingdom after being cleared on appeal of a 10-year jail sentence for “cultural infiltration” in Iran.

The 2015 deal, agreed by Iran, the United States, China, Russia, Britain, France and Germany, offered Tehran sanctions relief in exchange for curbs on its nuclear program but then US president Donald Trump unilaterally withdrew the United States in 2018 and re-imposed biting sanctions, prompting Tehran to begin rolling back on its commitments. (Int’l Monitoring Desk)