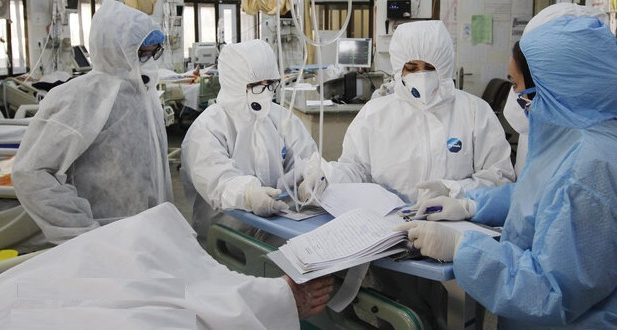 TEHRAN: Following a period of relative calm, Iran is once again experiencing an alarming rise in the number of COVID-19 infections, fuelled by the spread of the Omicron variant across the country.

After 47 days, the country’s colour-coded COVID-19 map saw a spot of red again on Wednesday as Ardakan County in the central province of Yazd was classified with the highest level of alarm. 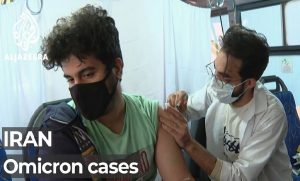 Most cities across the country still have the lowest, blue, classification, but the number of orange areas has increased to eight and 114 cities are classified yellow, the level below.

Daily registered cases jumped from 700 in early January to more than 9,000 on Tuesday. But the number of fatalities recorded over 24 hours remains in the lower double-digits amid a widespread vaccination campaign, far below the 709 peak figure registered in late August 2021 when the Delta variant was dominant across the country at a time when it had limited access to vaccines.

Iran, however, remains the country worst affected by the pandemic in the Middle East, having officially registered more than 132,000 deaths and 6.2 million cases, figures that health officials attest are likely much higher.

The country reported its first Omicron infection on December 19. On Monday, officials said they had confirmed a total of 3,466 cases of the fast-spreading variant.

The recent spike in infections comes as Iran is preparing to hold 10-day celebrations over the anniversary of the country’s 1979 Islamic revolution, starting from February 1. While last year’s 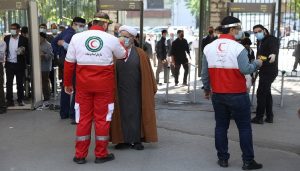 The country began implementing “smart protocols” from early December that allow nearly all activities and only impose a number of restrictions on adults who are unvaccinated against COVID-19, up to six million people, according to the health ministry.

Health officials are now sounding the alarm over a sixth wave of infections, calling on the population to better adhere to health protocols and get inoculated.

“It’s our emphatic suggestion that in the short weeks-long time left to the next coronavirus peak, people complete their vaccination so they will face limited threats,” Hamidreza Jamaati, head of the scientific committee of the national anti-coronavirus task force, told semi-official ISNA news website this week, urging people to also wear face masks.

On Tuesday, Interior Minister Ahmad Vahidi warned that some restrictions may be reinstated if the 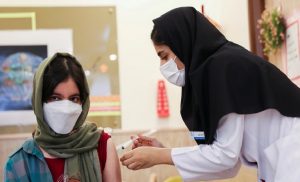 According to the latest health ministry figures released on Tuesday, more than 60 million of Iran’s 85-million population has received at least one dose of a vaccine, with close to 54 million getting both doses.

Booster shots are now available to all Iranians over 18 but only about 15 million people have so far received them, even as officials regularly speak of the importance of a third dose.

One reason for the low uptake is that some Iranians, having previously been injected with China’s Sinopharm vaccine as the only widely available option at the time, are now waiting for imports of other options, especially the AstraZeneca jab. (Int’l News Desk)