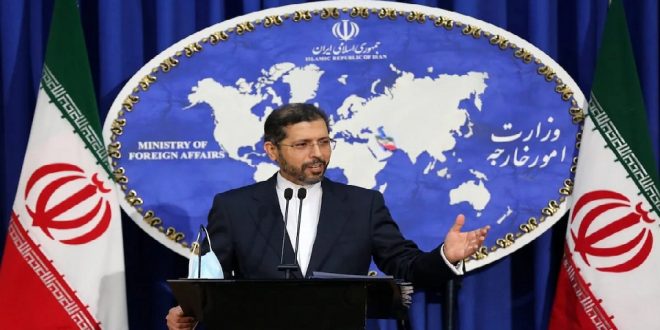 TEHRAN: Iran on Friday dismissed as “ridiculous” allegations by Israel’s foreign minister while on a visit to Ankara that the Islamic republic was planning anti-Israeli attacks in Turkey. 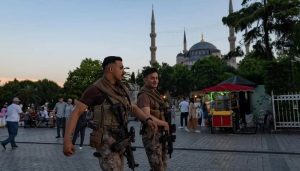 “The baseless allegations… are ridiculous and part of a pre-designed plot to destroy relations between the two Muslim countries,” foreign ministry spokesman Saeed Khatibzadeh said in a statement.

“It is expected from Turkey not to remain silent in the face of these divisive allegations,” he said.

“We’re not only talking about the murder of innocent Israeli tourists but also a clear violation of Turkish sovereignty by Iranian terror,” Lapid said.

Media outlets in Turkey have reported the arrest of eight people allegedly working for an Iranian intelligence cell that planned to kill Israeli tourists in Istanbul.

Iran and Israel have been engaged in a years-long shadow war but tensions have ratcheted up following a string of high-profile incidents that Tehran has blamed on Israel.

The Islamic republic has pointed at Israel for the killing of Revolutionary Guards Colonel Sayyad Khodai at his Tehran home on May 22. 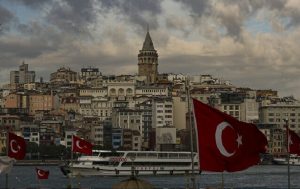 Two other senior Guard members have also died, one in a reported accident and the other in a shooting in the past month.

The Revolutionary Guard, the ideological arm of Iran’s military, said Thursday it was replacing its veteran intelligence chief.

Khatibzadeh stressed that Iran would respond forcefully to “assassinations and acts of sabotage by the Zionist regime” but “without threatening the security of civilians and the security of other countries.”

Israel last week urged its citizens to leave Turkey because of the “real and immediate danger” coming from Iranian operatives.

It is still keeping Istanbul at its highest level of travel warning while putting the rest of Turkey on the second-highest alert. (Int’l News Desk)