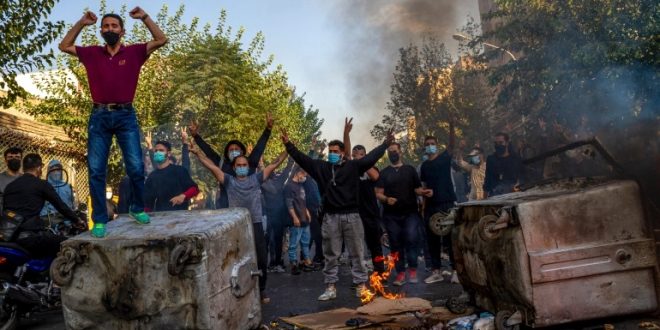 Iran pushes back against protest scrutiny at the UN

UNITED NATIONS/ TEHRAN: Iran has pushed back against efforts spearheaded by Western countries to scrutinize at the United Nations its handling of weeks of protests across the country.

Germany and Iceland said on Friday they submitted a request on behalf of 42 countries to hold a special session of the UN Human Rights Council later this month on the continuing demonstrations in Iran – which would signal the first time such a meeting is being convened on Iran. 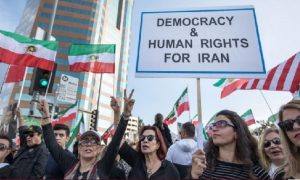 The request calls for the session to “address the deteriorating human rights situation in the Islamic Republic of Iran, especially with respect to women and children”, and has the support of more than one-third of the council’s voting members, which is required to convene a gathering outside the body’s normal schedule.

The protests began in mid-September after the death in police custody of Mahsa Amini, a 22-year-old woman arrested by the country’s “morality police” for allegedly wearing her hijab improperly.

Dozens of people are thought to have been killed during the protests with many more arrested, but Iranian officials have not released an official tally.

They have, however, said more than 40 security forces have been killed, and began holding fast-tracked courts for “leaders of riots” who could be sentenced to execution.

A group of UN experts, including the special rapporteur on the situation of human rights in Iran, Javaid Rehman, on Friday released a statement calling on Iranian authorities to stop indicting people with charges punishable by death for participating in the protests.

Rights groups have condemned Iran for its response to the demonstrations amid severe restrictions on internet connectivity. 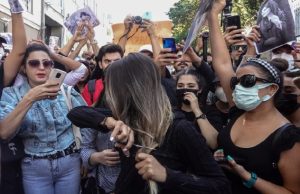 The United States and the European Union, in addition to Canada and the United Kingdom, have imposed human rights sanctions on Iranian officials and entities, which Tehran has responded to with sanctions of its own.

In a phone call on Thursday with UN Secretary-General Antonio Guterres, Iran’s foreign minister Hossein Amirabdollahian said a Human Rights Council meeting would be held by Western governments “who propagate violence and terror”.

“(It’s) not about the Islamic Republic of Iran, which is a true defender of human rights and has shown deep restraint during recent riots,” said Amirabdollahian.

The diplomat “warned” Guterres that convening a council meeting would constitute a “political move” that would adversely affect Iran’s relations with the West.

Iran also sent two representatives to New York City to participate in a number of UN human rights events to convey what it called a “correct narrative” of what is happening in the country which officials refer to as “riots”. 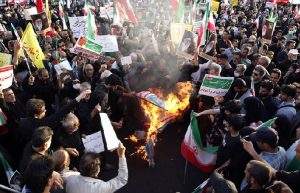 Kazem Gharibabadi, the deputy for international affairs of the Iranian judiciary who is in New York with conservative politician Zohreh Elahian, said they aim to “prevent the incorrect and hostile narrative of Western countries and the US”.

Iran has repeatedly blamed the US, Israel, the UK and Saudi Arabia for “inciting terror and riots” across the country and being the driving force behind the protests.

Tehran recently blacklisted two London-based television channels as “terrorist organizations” and said cooperating with them would be punishable by law.

Authorities earlier this week arrested a woman who they alleged was an “agent”, a claim the news organization denied.

The UK on Friday summoned the Iranian charge d’affaires to protest “immediate threats to life from Iran” against journalists working in Britain. (Int’l News Desk)