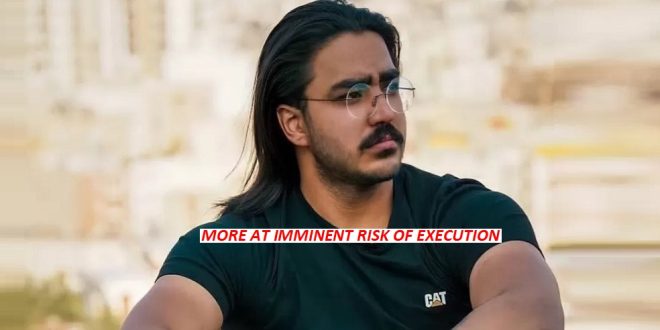 TEHRAN: Iran has publicly executed a second man who was arrested during unrest linked with the country’s ongoing protests. 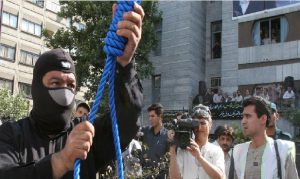 The judiciary’s news website announced early on Monday that Majidreza Rahnavard, who was convicted of killing two members of security forces, was executed in an unidentified public location in Mashhad while a group of people looked on.

It published several images of the public execution, showing a man, whose hands were tied, hanged by the neck from a crane. Masked security forces were shown cordoning off the area, with a crowd of dozens watching behind barricades.

Iran executed the first detainee linked with the protests, a 23-year-old named Mohsen Shekari, on Thursday for allegedly attacking and wounding a member of the Basij paramilitary force with a long knife in central Tehran.

Like the case of Shekari, Monday’s execution aimed to show the speed with which the Iranian judiciary is advancing cases related to the protests, as Rahnavard was executed less than a month after his arrest.

The judiciary claimed Rahnavard carried out a “terrorist” act against two Basij members on November 17. He was reportedly arrested two days later for “waging war against God”. 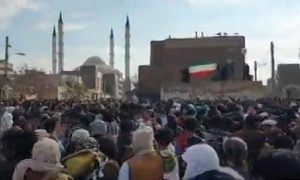 State television carried footage that showed a man standing over and stabbing a man who had fallen to the ground next to a parked motorcycle.

Another man charges the assailant and is also stabbed before the attacker flees. The judiciary said the assailant was Rahnavard, who was alleged to have also injured another four people while fleeing.

After the execution, Gholamali Sadeghi, the judiciary chief of the northeastern Razavi Khorasan, thanked police, security and judiciary officials for carrying out the sentence as soon as possible, and for “answering public demands for establishing order and security and dealing with rioters and law-breakers”.

Anyone who uses a “cold or warm weapon with the intent of harming the life, possessions or family of people or to terrorize them” could be convicted of moharebeh or “waging war against God” which carries the death penalty, he warned. 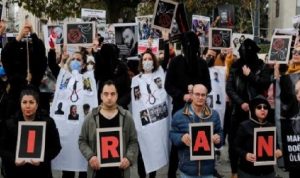 Iran’s protests began in mid-September after the death of Mahsa Amini, a young woman who was arrested by the country’s morality police for allegedly not adhering to a mandatory dress code.

Foreign-based human rights organizations have said more than 450 people have been killed during the protests, which is higher than the death toll of 200 provided by Iran, which denies its security forces fire on protesters.

Rights groups have warned more people arrested in connection with the protests could be executed soon.

The death sentence of Mahan Sadrat Madani, a 22-year-old man convicted of “waging war against God”, has been temporarily suspended, but there has been no confirmation of its termination.

After Shekari’s execution, Amnesty International condemned the move and said “the clear aim of Iranian authorities is to instil fear among the public in a desperate attempt to cling to power and end the popular uprising”. 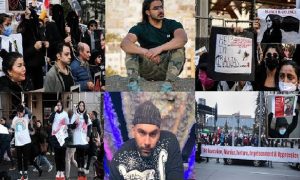 The UN Human Rights Council last month voted to establish a fact-finding mission to investigate Iran’s handling of the protests, but Tehran said it would not cooperate with the mission because of its “political” nature.

There will be a vote on Wednesday to expel Iran from the UN Commission on the Status of Women, which UN Watch has predicted will pass overwhelmingly amid objections by Tehran.

In the past few days, Australia and New Zealand joined the United States, the European Union, the United Kingdom, and Canada in blacklisting a number of Iranian officials and entities for their response to the protests, something Tehran condemned. (Int’l News Desk)