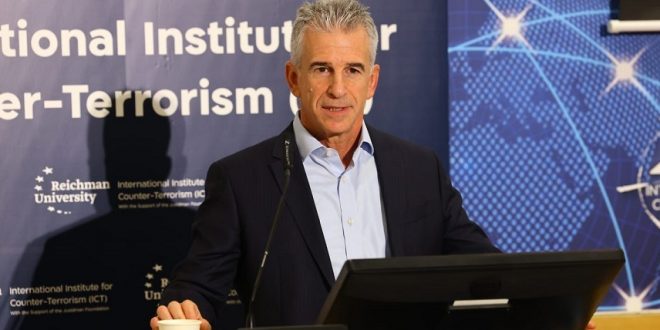 JERUSALEM/ TEHRAN: The head of Israel’s spy agency Mossad said the revival of a nuclear deal with world powers will not give Iran “immunity” from Israeli operations.

Israel has long opposed the 2015 nuclear deal, saying it did not go far enough to halt Iran’s nuclear programme and does not address what it sees as hostile Iranian military activity across the Middle East. 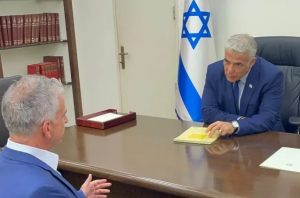 “We won’t take part in this charade,” David Barnea said in a speech, his first since becoming Mossad’s chief in June. “Even if a deal is signed, it will not provide immunity from Mossad operations.”

The spy chief also claimed to have prevented Iran-sponsored attacks around the world.

“We thwarted dozens of Iranian terror attacks… It is not the Islamic Republic of Iran, it is the terror republic of Iran,” the Jerusalem Post quoted him as saying.

Barnea said investigations opened by the International Atomic Energy Agency (IAEA) into suspected covert nuclear activity in Iran should not be closed as Tehran is demanding because that could lead to “a nuclear escalation”.

“Once the nuclear deal is signed, there will be no restraint on Iranian terror,” he said, noting the removal of crippling sanctions will bring streams of revenue back into Iran.

While Israel has never admitted to any attacks, it has been accused of engaging in a shadow war with Iran for years, mainly to slow down Iran’s nuclear program.

In 2020, Iranian nuclear physicist Mohsen Fakhrizadeh was assassinated. Others, including an engineer, a military officer, and an aeronautical scientist, were killed in recent months with rumours circulating that Israel was involved. 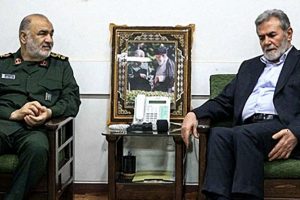 Iran’s foreign ministry spokesman Nasser Kanaani in response to Barnea’s comments told the Tehran Times: “We do not expect a terrorist regime anything other than terrorist actions.”

Negotiations to revive the landmark deal resumed in 2021 after former US President Donald Trump withdrew his country from the agreement in 2018 and re-imposed debilitating sanctions on Tehran.

With a revived nuclear deal, the US and the deal’s other signatories China, France, Germany, Russia, and the United Kingdom, known collectively as the P5+1 aim to prevent Iran from building a nuclear bomb.

Iran maintains its nuclear aims are peaceful and its actions fall within the country’s sovereign rights to a civilian nuclear program.

Meanwhile, Palestinians are “not alone” in their fight against Israel, the head of Iran’s Islamic Revolutionary Guard Corps (IRGC) said, as they faced a second day of air raids on Gaza.

“Today, all the anti-Zionist jihadi capabilities are on the scene in a united formation working to liberate Jerusalem and uphold the rights of the Palestinian people,” IRGC’s Major-General Hossein Salami said in a statement on its Sepah News website. 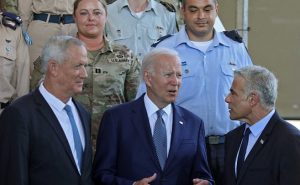 “We are with you on this path until the end, and let Palestine and the Palestinians know that they are not alone,” he told the visiting leader of the Islamic Jihad group, Ziad al-Nakhala, during a meeting in Tehran.

Israel has said it launched a “preemptive” operation against Islamic Jihad on Friday to avert an imminent attack following days of tensions along the Gaza border.

A senior commander of the group was killed in an air raid on Gaza City on Friday, one of a wave of attacks on the territory.

The Gaza health ministry said a five-year-old girl was among 15 people killed by the Israeli bombardment. More than 100 others have been wounded. (Int’l News Desk)