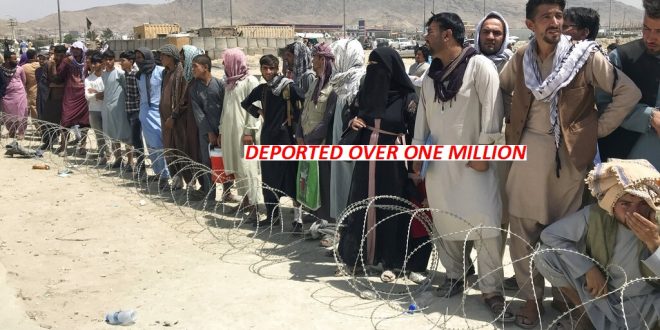 KABUL/ TEHRAN/ ISLAMABAD: Local officials in Nimruz province said that in less than six months “nearly 100 Afghan refugees have been shot dead by Iranian security forces” and their bodies transferred to Afghanistan. According to the officials, Afghan citizens who wanted to enter Iran illegally “were shot by the Iranian military.” 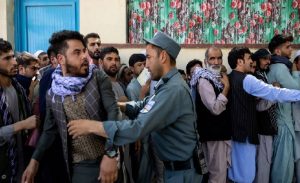 There have been reports from Afghan hospitals about killings and many cases of injury: “According to relatives of the patients, the sick and wounded people were beaten on the border when they wanted to cross the border into Iran,” said Jailani Sharifi, nursing director of Nimruz Hospital.

Residents of Herat and Nimruz called for an investigation.

“The dignity of Afghans must be preserved and not disrespected. They should deport them with dignity,” said Bismillah Sirat, a resident of Nimruz.

“Afghans are not seen as human beings and are being oppressed,” said Abdul Hakim, a resident of Nimruz.

The dead body of 16-year-old Sohrab just arrived in Herat from Iran.

According to the teenager’s relatives, he was shot and killed by Iranian soldiers in Isfahan. Sohrab had gone to Iran illegally to find work.

“Sohrab jan wanted to go to Iran to work there, he told me ‘I am going to Iran to help my father here in Afghanistan,’” said Mirwais, a relative of Sohrab. 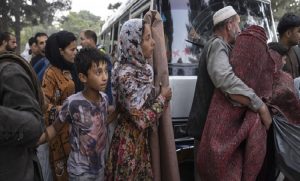 “Sohrab went to Iran once ten days ago, but he was deported from the border, the second time he reached Isfahan,” said Mustafa, Sohrab’s relatives.

Some sources in Herat said that several bullet-riddled bodies have entered the province in recent months from the border of Islam Qala. According to officials from the Herat Department of Refugees and Repatriations, in the past six months, over 460 wounded who have been beaten have entered Afghanistan from Iran through the Islam Qala border.

“There are people who have been beaten, their arms and legs have been broken,” said Mawlawi Abdulhai Manib, head of the Refugees and Repatriation Department of Herat.

Despite several requests, the Iranian consulate in Herat and the Iranian embassy in Kabul refused to comment.

Meanwhile, the International Organization for Migration (IOM) said that 1,031,757 Afghan refugees have been deported by Iran this year. 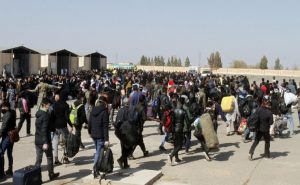 According to the organization, 28,000 Afghan refugees were returned in only the last week of October.

IOM said in a statement that the increasing number of deportations was leading Afghanistan toward more challenges.

“The majority were deported, returning to Afghanistan often broke and broken, in need of health support, food and rest,” said IOM director general Antonio Vitorino. “The task of reuniting with family and reintegrating into communities, especially for those who have been in Iran or Pakistan for years, is tremendously difficult considering the high levels of unemployment and food insecurity,” Vitorino added.

Iran’s special envoy to Afghanistan, Hassan Kazemi Qomi, said that Tehran was a “good host for Afghan refugees,” but it doesn’t have the capacity to host more refugees.

“Due to the rapid political changes, a massive wave of Afghan refugees came to our borders. We should make a program to prevent these migrations. We should seek a resolution,” said Qomi.

The Islamic Emirate earlier called on the international community to help with Afghanistan’s economy in order to prevent another wave of illegal migrants to foreign countries. 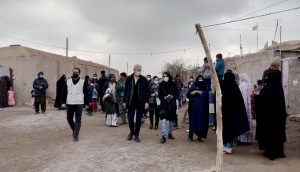 Human Rights Watch (HRW) in a report expressed concerns over the problems of Afghan refugees on the borders of neighboring and European countries.

“The Iranian government took some steps towards our citizens which are clearly in contrast with the UN international convention,” said Lala Gul Lal, head of the HRW on Monday. “We strongly condemn the remarks of the Iran government and call on the UN to prevent Iran’s actions against migrants.”

This comes as the UN High Commissioner for Refugees (UNHCR) provided cash for at least 5,000 war and drought-displaced families in the west of Afghanistan.

The UN organization provided each of the families with 265 dollars in cash.

The officials within the provincial refugee department said that the aid would help the displaced families to return to their permanent residences.