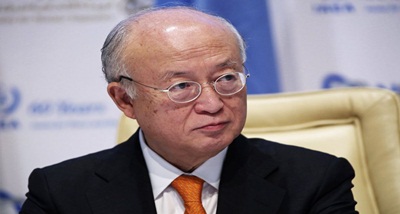 The head of the UN nuclear watchdog says Iran is complying with the 2015 deal with major world powers aimed at preventing the country from building nuclear weapons.

Speaking in Berlin, Yukiya Amano made the assessment in a regular to the International Atomic Energy Agency’s board of governors, confirming a confidential report distributed to member states last month.

He said Iran is implementing its nuclear-related commitments under the Joint Comprehensive Plan of Action referencing the official name of the 2015 deal.

The US unilaterally withdrew from the deal last year and re-imposed sanctions on Tehran. but other signatories – Germany, France, Britain, Russia and China – are trying to keep alive the deal, which offered Iran economic incentives.