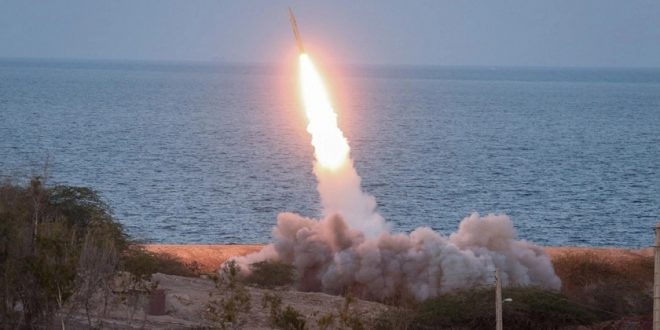 Iran fires ballistic missiles during drills in warning to Israel

The official IRNA news agency on Friday reported that the names of the missiles fired during the military exercise across the country’s south were Emad, Ghadr, Sejjil, Zalzal, Dezful and Zolfaghar and that their ranges vary between 350km and 2,000km (220-1,250 miles). 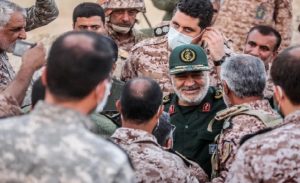 It said the missiles successfully hit one target at the same time as 10 drones simultaneously hit their targets. State TV showed missiles launching in the desert.

“These exercises were designed to respond to threats made in recent days by the Zionist regime,” Iran’s armed forces chief of staff Major General Mohammad Bagheri told the state television.

“Sixteen missiles aimed and annihilated the chosen target. In this exercise, part of the hundreds of Iranian missiles capable of destroying a country that dared to attack Iran were deployed,” he added.

The military drills dubbed Payambar-e-Azam, or “Great Prophet”, began on Monday in Bushehr, Hormozgan and Khuzestan provinces, each of which touch the Gulf.

“The military exercise … is a serious warning to Zionist regime officials,” said IRGC chief Major General Hossein Salami. “Make the slightest mistake, we will cut off their hand.” 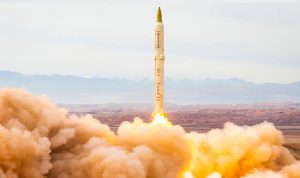 Bennett has accused Iran of “nuclear blackmail” and charged that revenue it gained from sanctions relief would be used to acquire weapons to harm Israelis.

Iran says it only wants to develop a civil nuclear program, but Western powers say its stocks of enriched uranium could be used to develop a nuclear weapon.

Former President Donald Trump pulled the US out of the nuclear deal and re-imposed crushing sanctions on Iran in 2018.

Tehran has since started enriching uranium up to 60 percent purity, a short technical step from the 90 percent needed to make an atomic bomb. (Int’l Monitoring Desk)