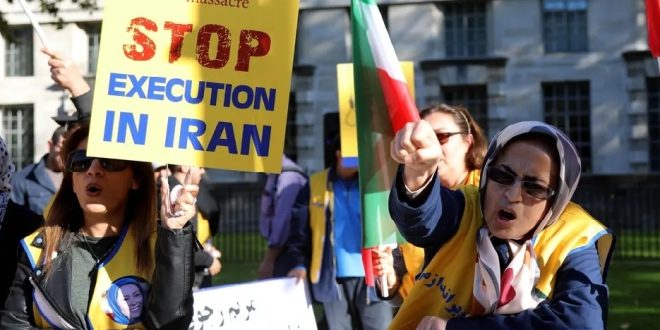 TEHRAN: Iran has announced what is the first publicly known execution of a person convicted for an alleged crime stemming from the country’s ongoing protests. 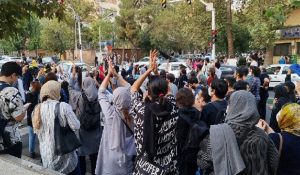 The man executed was identified on Thursday by the official news website of the Iranian judiciary as Mohsen Shekari.

He was convicted of “waging war against God” for allegedly attacking a security officer with a knife and closing off a street in Tehran.

Demonstrating the speed with which Iranian authorities have vowed to prosecute cases linked with “riots” as they often describe incidents related to the protests – the judiciary said there was just over a month between the man’s first court session and his execution.

The 23-year-old Shekari was arrested on September 25, just over a week after protests erupted across Iran following the death in custody of 22-year-old Mahsa Amini, who had been detained by the country’s morality police for allegedly not adhering to Iran’s mandatory dress code for women.

Shekari received his preliminary death sentence on November 20, and it was carried out on Thursday morning shortly after being upheld by the country’s Supreme Court. 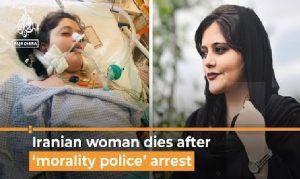 According to alleged confessions released by the judiciary, Shekari was accompanied and given a long knife, by an associate referred to as “Ali” who offered him “good money to participate in the riots”.

Shekari allegedly helped closed off a street in the busy neighborhood of Sattarkhan in central Tehran, before injuring a security officer by striking him in the shoulder blade.

“Creating terror and fear and depriving people of their freedom and security” were also among his charges.

Amnesty International had warned earlier this month that at least 28 people could face execution in Iran in connection with the protests, saying “authorities use the death penalty as a tool of political repression to end the popular uprising”.

Judiciary chief Gholam-Hossein Mohseni-Ejei had said earlier this week that “some” of the previous death sentences for “corruption on Earth” and “waging war against God” in relation to the protests had been upheld by the Supreme Court and “will be carried out soon”. 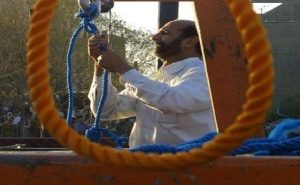 The first publicly announced death sentence related to the protests was issued on November 14, with the latest coming on Tuesday when five people were sentenced to death for allegedly killing a member of the Basij paramilitary force.

Another 11, including three minors, received lengthy prison terms in that case.

Iran executed four people and handed prison terms to three others accused of working with Israeli intelligence earlier this week in a case that appeared to be unrelated to the protests.

United Nations human rights experts have called on Iran to stop executing prisoners in relation to the protests, but Iranian authorities have persisted, stating that they need to defend the country against plots by foreign powers, especially the United States, which they accuse of being behind the unrest.

The UN Human Rights Council last month voted to establish a fact-finding mission to investigate Iran’s handling of the protests, but Tehran said it would not cooperate with the mission due to its “political” nature. (Int’l Monitoring Desk)