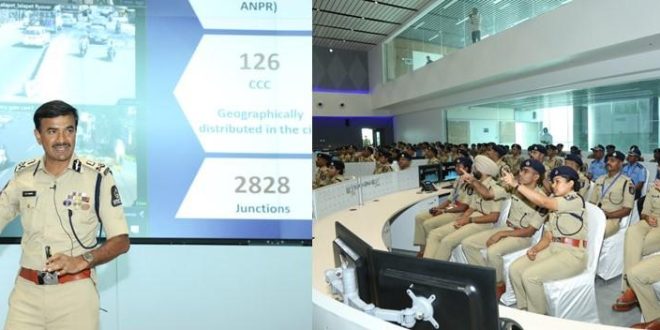 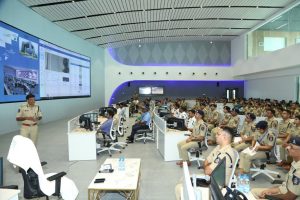 Hyderabad Jan 21;2023 (PMI)As many as 195 IPS probationers of the 74th RR toured the state-of the-art Telangana State Integrated Command Control Center and Hyderabad City Police Commissionerate to get awareness and functioning of TSPICCC and to understand how technology plays a key part in policing. 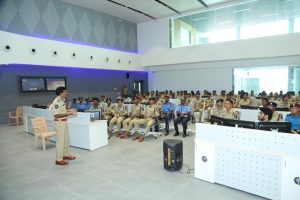 The probationers on arrival at TSPICCC were briefed on the engineering features of the building and given an overview of the technology fusion center, crisis management center, CCTVs & analytics features of the Command Control Center. The trainees got an exposure to police operations, technical, administrative and other coordination aspects. 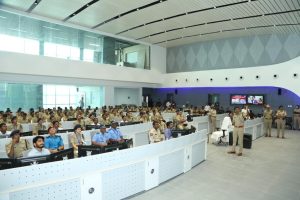 CP Anand explained the history of city police, kotwal system since 1847 and the challenges being faced by Hyderabad City Police and outlined the importance of adapting IT technologies in policing. The CP touched upon sensitive communal and the social issues as well which police has to tackle. Through a PowerPoint presentation he explained how the state government has paid special attention to the paradigm of “peace and law and order brings about economic growth “ and given such facilities for the Telangana police to show results. He explained the novel initiatives such as H-

NEW,SMASH, Operation “ROPE”, Bharosa and recited the modernisation of police department post formation of Telangana.
He asked the probationers to remember the significance of the time they are entering their career when policing is undergoing transformation at all levels.He asked them to keep pace with the developments in the world of Cyber Crime and the threat of Narcotics to our future generation . 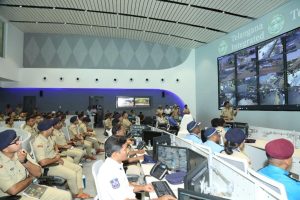 The teams of HCP also explained the concept of war room, integration of IT applications and how all government agencies work in tandem to deliver public service and offer swift response during calamities.
“The over all impact of the TSPICCC, Hon’ble CMs brainchild, is being realised across multiple facets of policing, internal security, crisis management and urban development.” Said Mr.CV Anand.
The probationers were enthused by the grandeur of the iconic structure. The trainee officers thereafter visited the museum, helipad and other wings in the building.
Smt.D.Sunitha Reddy, DCP ICCC; Mr. CH.Srinivas, DCP SMIT and other officers accompanied the group(Press media of india)