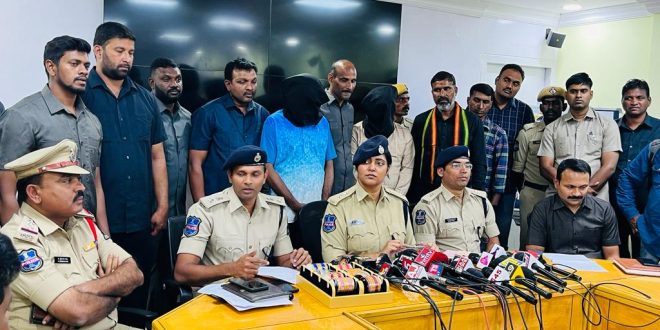 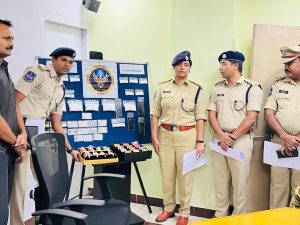 Both accused 1) Khadar Mohideen and 2) Ibrahim Sha are residents of Chennai city of Tamil Nadu. They are indulging in illegal International drug transport for the last 2 years. They developed contacts with international drug dealers staying in AUSTRALIA and NEWZELAND Countries and also developed contacts with suppliers of Pseudo Ephedrine (controlled substance) in Chennai and regularly transporting Pseudo Ephedrine to AUSTRALIA and NEWZLAND Countries through various courier services operating from Hyderabad.

The courier service providers are co-operating drug dealers by not collecting their original KYC and by keeping fake phone numbers and fake KYC and making fake invoice. The drug transporters are using fake Aadhar cards and several number of SIM Cards taken on fake identities in order to escape from the surveillance of investigation agencies.

On credible information on 23.12.2022, when the drug transporters i.e., Khadar Mohideen and Ibrahim Sha, when they have come to Hyderabad and were trying to transport the drugs through courier services at Begumpet, under Begumpet PS limits the Hyderabad Narcotic Enforcement Wing (H-NEW) along with Begumpet Police staff apprehended the drug transporters and Seized 3.1 Kgs of Pseudo Ephedrine (Controlled Substance), 23 Sim Cards, 12 Fake Aadhar Cards And 06 Mobile Phones from their possession.

APPEAL TO THE GENERAL PUBLIC: –
In recent times we have seen several youth/students getting addicted to Drugs, committing crime and involving in other anti-social activities. Several families have become victims of this menace. It is an ardent request from Hyderabad City Police to the youth/students not to fall prey to drugs and request the parents to keep a watch on the activities of their children and feel free to approach police or pass information to Police on Phone No. 8712661601 to curtail such anti-social activities and strive for Drug free city.