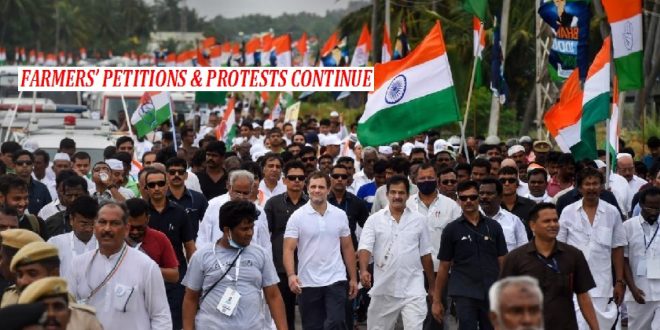 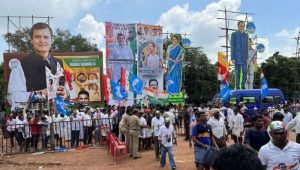 The party launched the more than 3,500 km, cross-country march in September from the coastal town of Kanyakumari on the southern tip of India to Srinagar in the Indian-occupied Jammu and Kashmir to mobilize people ahead of the 2024 national elections.

“The Prime Minister used to complain an LPG (cooking gas) cylinder cost 400 rupees. Now it costs more than 1,000 rupees. Can he answer our people today?” Rahul Gandhi, the party’s former president and son of Sonia Gandhi asked amid applause.

He said the government’s policies over the last eight years had led to record-breaking unemployment and price rises, while its leaders were spreading communal hatred among people over religious issues.

The government says it has contained inflation amid climbing global energy and food prices and is boosting local manufacturing while denying charges of spreading hatred.

The Congress party, facing a slide in its fortunes after losing many state elections in a row, is preparing to elect a new president from outside the Nehru-Gandhi dynasty for the first time in nearly 25 years.

Many people, including civil society groups, still place hope in the party, which helped lead India’s struggle for independence from Britain and dominated politics for decades after it was achieved in 1947. 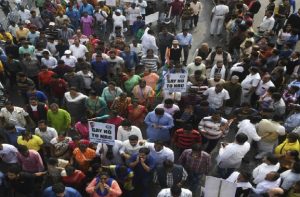 “Our living standard has come down over the last few years due to rising prices, while income remains stagnant,” said Raghavendra Gadag, 39, a transporter, who had come to the Congress meeting.

“I hope the Congress can still come back, at least in the state of Karnataka,” he said, referring to elections next year.

Prime Minister Narendra Modi remains popular despite criticism over high inflation and unemployment, and his Bharatiya Janata party expects to hold power in the northern state of Himachal Pradesh and western Gujarat state assembly elections due later this year.

Meanwhile, Thousands of farmers and indigenous people are being pushed from their homes and losing their livelihoods as India races to build massive statues to lure tourists and appease voters, campaigners said.

The 182-metre (597-ft) steel and bronze “Statue of Unity” was built on the Narmada River in Modi’s home state of Gujarat at a cost of about $400 million. 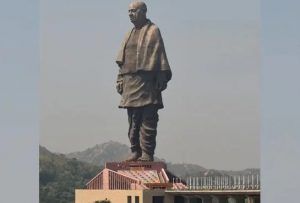 Residents of nearby villages handed a petition to state officials on Monday demanding a halt to further development at the site, according to Rohit Prajapati, an activist who said they are also considering legal action.

“This should be a memorial of violence and violation, to sensitize us to the impact on farmers and indigenous people,” he told the Thomson Reuters Foundation.

Hundreds of indigenous activists and farmers have held protests at the site in the town of Kevadia, saying the statue is a wasteful extravagance in the midst of poverty, and that those displaced did not receive enough compensation.

“This land, river, forest that your avatar is going to stand on, belongs to Adivasis,” activist Medha Patkar wrote in a symbolic letter to Patel, who died in 1950, referring to indigenous people.

“They are being cheated and evicted out of their land for tourism,” she said in the letter published in several newspapers.

The Gujarat government said 185 families were relocated, and that they had received adequate compensation.

The statue is located just a few miles downstream from the Sardar Sarovar Dam, which has been mired in controversy since it was conceived in the 1960s, with protracted battles over water sharing, evictions and compensation. 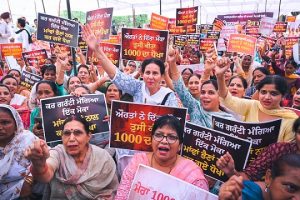 The dam has displaced 320,000 people and disrupted the lives of tens of thousands more, according to rights group Narmada Bachao Andolan (Save Narmada Campaign).

Thousands have still not been compensated, it has said.

“These are people who are already suffering from the dam’s impact, and now they will suffer even more because of the statue.

How is this a public purpose?” said Prajapati, referring to the condition under which the state acquires private land.

On the other hand, work is due to begin on a bigger statue of a king off the coast of Mumbai, which fishermen say will disrupt their catch and affect their livelihood.

The 212-metre tall memorial of Chhatrapati Shivaji is scheduled to be unveiled in two years.

The chief minister of Uttar Pradesh state is expected to announce this week plans for another tall statue of a religious deity.